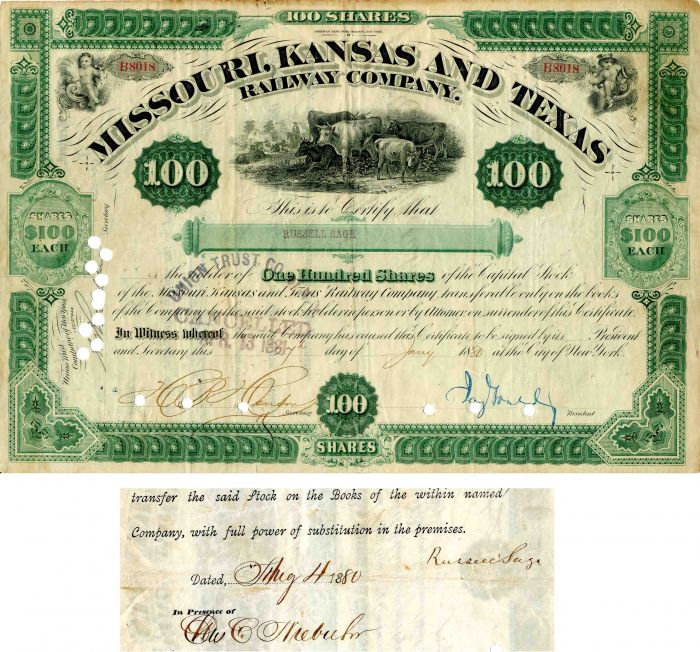 Stock issued to and signed on back by Russell Sage. Also signed by Jay Gould as president.

Jason Jay Gould (1836-1892) was born in Roxbury, N. Y., the son of John Burr Gould  and Mary Moore Gould. He studied at the Hobart Academy, but left at age 16 to work for his father in the hardware business. He continued to devote himself to private study, emphasizing surveying and mathematics. Gould later went to work in the lumber and tanning business in western N. Y. and then became involved with banking in Stroudsburg, PA. In 1856 he published the History of Delaware County. He married Helen Day Miller in 1863 and had 6 children.