South Eastern Dakota Railroad Company Issued to and signed by James B. Williams and Robert Harris 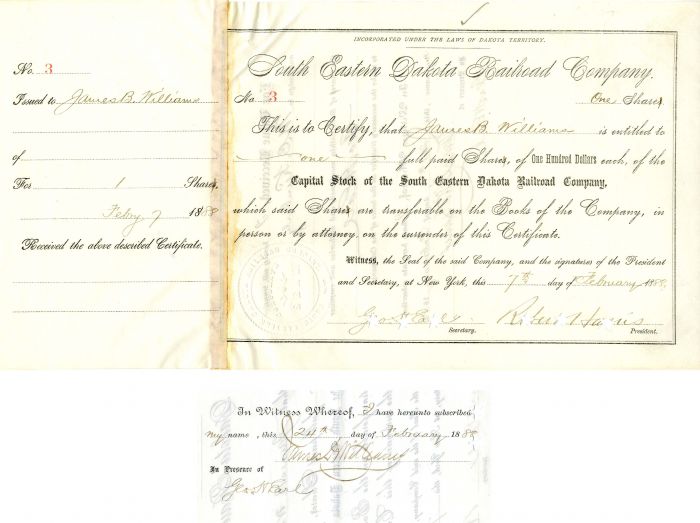