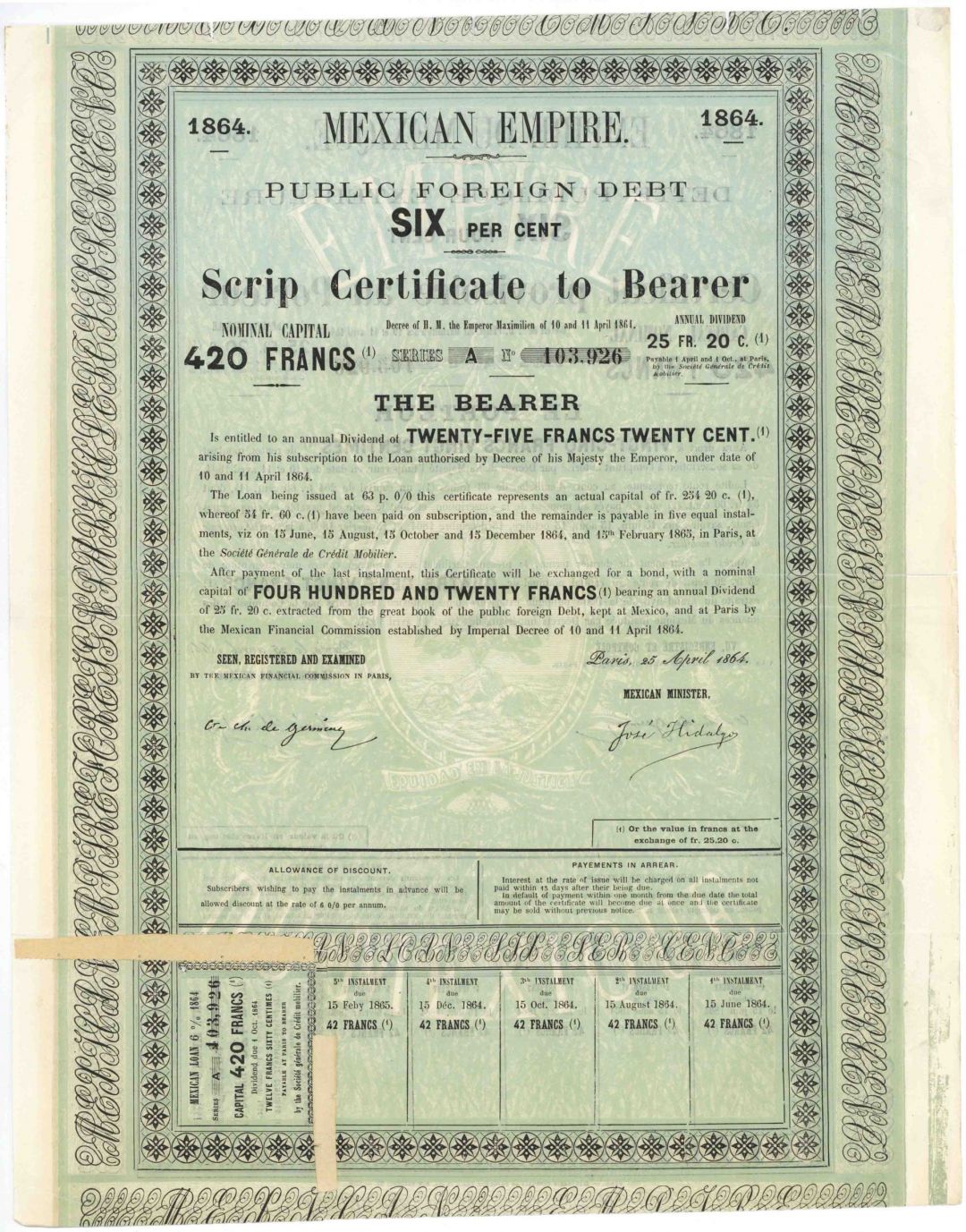 The Second Mexican Empire (Spanish: Segundo Imperio Mexicano), officially the Mexican Empire (Spanish: Imperio Mexicano), was a constitutional monarchy established in Mexico by Mexican monarchists in conjunction with the Second French Empire. The period is sometimes referred to as the Second French intervention in Mexico. Emperor Napoleon III of France, with the support of the Mexican conservatives, clergy, and nobility, established a monarchist ally in the Americas intended as a restraint upon the growing power of the United States. It has been viewed as both an independent Mexican monarchy and as a client state of France. Elected as the emperor of Mexico was Austrian Archduke Ferdinand Maximilian, of the House of Habsburg-Lorraine, chosen due to his ancestral link to prior rulers of Mexico. His wife and empress consort of Mexico was the Belgian princess Charlotte of the House of Saxe-Coburg and Gotha, known as Carlota.

Mexican conservatives, including many in the Mexican nobility, had played a role in instigating the re-birth of the Empireadding an element of civil war to the French Intervention. The Imperialists were able to gain control of most of the nation but supporters of the Mexican Republic continued to wage war against the Empire. During his short reign, Maximilian's liberal ideals alienated him from his conservative supporters, but he gained limited support from moderate liberals, and attempted to pass sweeping reforms for the nation.

French troops began to withdraw in 1866, after considering the war to be unwinnable and due to the priority of addressing a rising Prussia in the aftermath of its victory in the Austro-Prussian War. The United States refused to recognize the Empire, and after the end of its own civil war in 1865, began to provide support to Mexican republican forces and the Empire came to an end on 19 June 1867 when Maximilian was executed by the government of the restored Mexican republic, along with his two leading Mexican generals, Mejía and Miramón. Read more at https://en.wikipedia.org/wiki/Second_Mexican_Empire