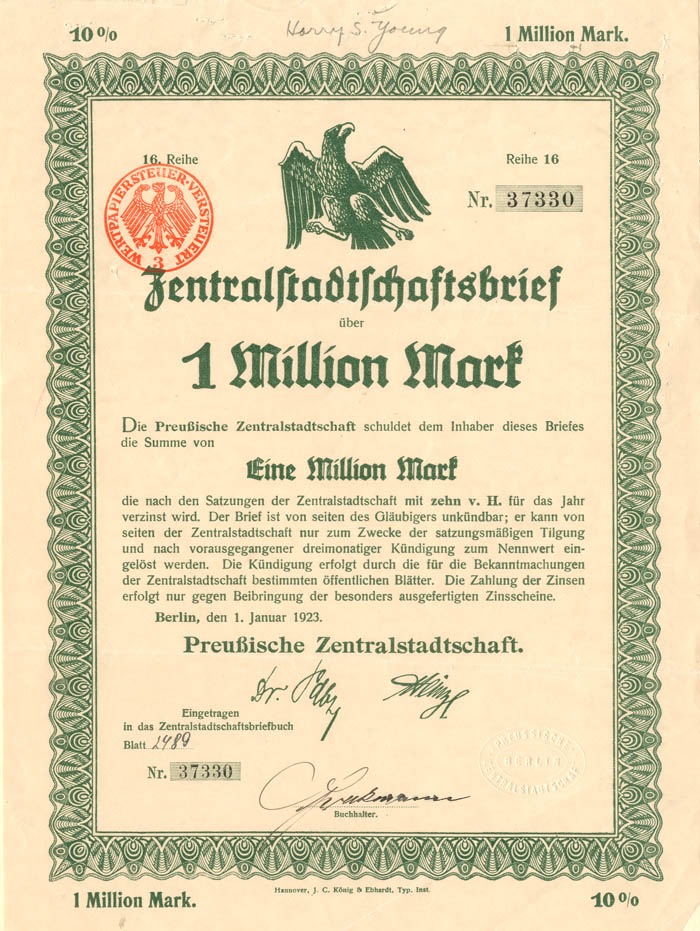 In relation to this item, the Berlin Hyp AG, based in Berlin, is one of the large German real estate and mortgage banks. The bank was created in 1996 from the merger of Berliner Hypotheken- und Pfandbriefbank AG and Braunschweig-Hannoversche Hypothekenbank AG.

In 1993, the legal form was changed to a Joint-stock company. Since this change, the bank has been operating as Berliner Hypotheken- und Pfandbriefbank AG (short: Berlin Hyp). The sole shareholder was the state of Berlin. In 1994, a predecessor institution of today's Landesbank Berlin took over all shares. The current bank was created in 1996 from the merger of Berliner Hypotheken- und Pfandbriefbank AG and Braunschweig-Hannoversche Hypothekenbank AG.

In November 2009, the Berlin Hyp's Supervisory Board resolved a substantial capital increase by issuing new no-par-value shares in order to broaden the scope of action for new business acquisitions and thereby expand and consolidate its market position.

In October 2013, the company was renamed Berlin Hyp AG. Also, the brand image of the bank was completely revised and has since leaned its business colors and appearance against the image of the Sparkasse, to make the involvement of the Berlin Hyp in the Sparkassen-Finanzgruppe outwardly visible.

As of January 1, 2015, the company's shares were transferred to LBB Holding and the commercial real estate financing business, which had previously been operated jointly with Landesbank Berlin, was dissolved.

The Berlin Hyp is a member of the Verband deutscher Pfandbriefbanken.

The bank employs 596 people (as of 2018) and has offices in Berlin (headquarters), Düsseldorf, Frankfurt, Hamburg, Munich, Stuttgart and overseas locations in Warsaw, Amsterdam and Paris.

The Berlin Hyp regularly publishes real estate studies, some of which are own works and partly in cooperations.

Since 2008, the Berlin Hyp holds a 100 percent stake in the now-defunct Berlin Hyp Immobilien GmbH. The Berlin Hyp's business purposes were brokerage and real estate marketing.

At the beginning of 2013, the traditional Berliner Immobilienbank was facing a comprehensive strategic repositioning. The starting point for the rebranding was the organizational reorganization of the parent company, Landesbank Berlin (LBB). Berlin Hyp was set up as an independent real estate financier and future subsidiary of Berliner Sparkasse within the Sparkassen-Finanzgruppe. Factors of the reorientation were the now independent market position and the expansion of the range of services as a composite bank in the Sparkassen-Finanzgruppe and for real estate clients.