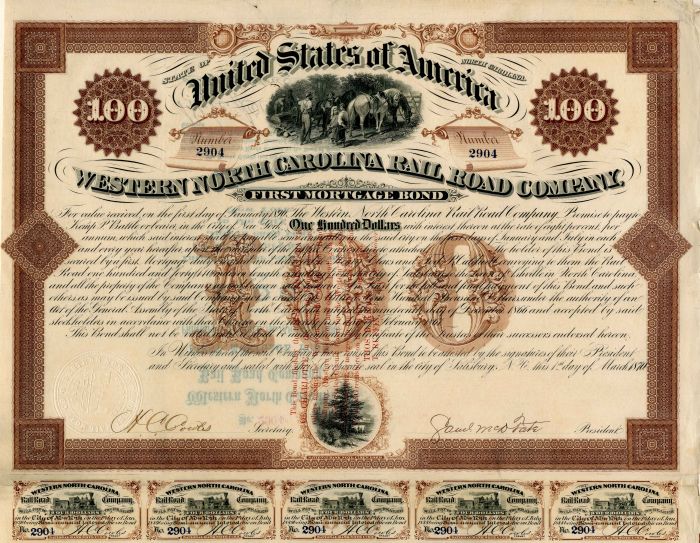 $100 8% Bond printed by National Bank Note Co., New York. Samuel McDowell Tate signs as president and Henry Clews signs on back as trustee. Henry Clews (1834-1923), Financier, Banking and Brokerage Business. During the Civil War his firm, later Henry Clews & Co., ranked second to Jay Cooke & Co. in amount of government bonds sold. Samuel McDowell Tate, (6 Sept. 183025 June 1897), merchant, soldier, railroad official, and legislator, was born in Morganton. Of French-Huguenot and Scots-Irish heritage, he was the eldest son of David, who for many years represented Burke County in both houses of the North Carolina General Assembly, and Susan Maria Tate.