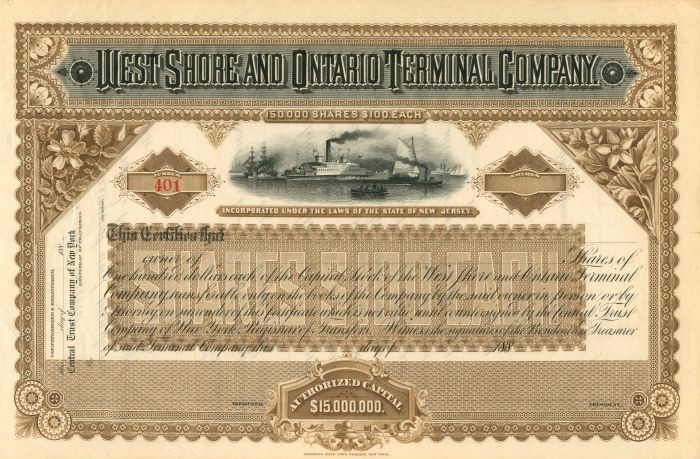 Unissued Stock printed by American Bank Note Company, New York. WEST SHORE RAILROAD AND VANDERBILT In 1881, the West Shore Rail Road had been planned as a link in a new cross-country line from New York to San Francisco, using the Nickel Plate Road, Chicago, Milwaukee and St. Paul Railway, Northern Pacific Railroad and Oregon Navigation Company. However, William Henry Vanderbilt of the New York Central had bought the Nickel Plate in 1882, killing that plan. The New York Central then proceeded to drive the New York, West Shore and Buffalo into bankruptcy. The Pennsylvania Railroad realized that the West Shore would make a great addition to their system, allowing them to penetrate deep into New York Central territory.