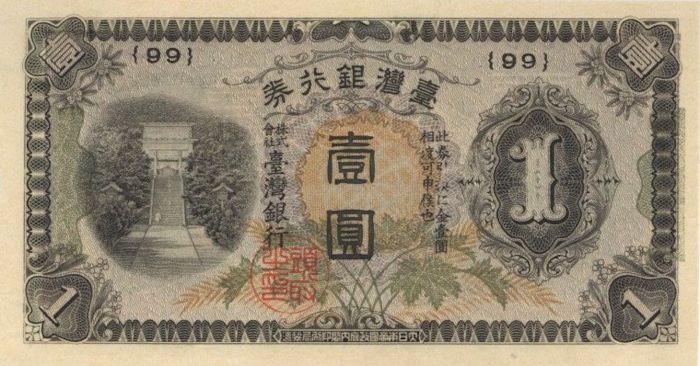 In 1895, as a result of the First Sino-Japanese War, Qing China ceded Taiwan to Japan in the Treaty of Shimonoseki. The Japanese yen then became the currency of Taiwan, with distinct banknotes denominated in yen issued by the Bank of Taiwan from 1898. Only banknotes and stamp currency were issued.

In 1945, after Japan was defeated in World War II, the Republic of China assumed the administration of Taiwan, took over the Bank of Taiwan within a year, and introduced the Old Taiwan dollar, which replaced the yen at par.