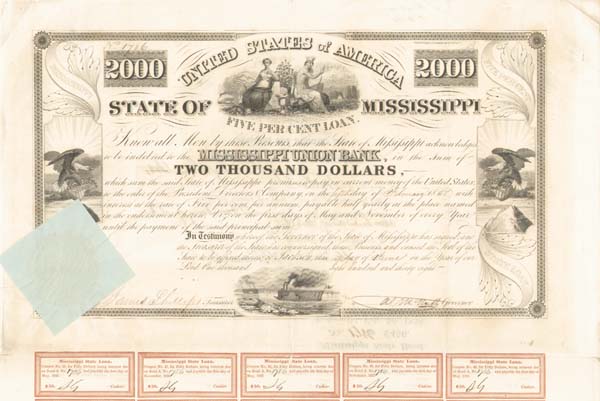 Alexander G. McNutt was born into an aristocratic landowning family in Rockbridge County, Virginia on January 3, 1802. He graduated from Washington College (now Washington and Lee University) in 1821, studied law, and moved to Jackson, Mississippi in the early 1820s. He subsequently relocated to Vicksburg, where he practiced in partnership with Joel Cameron. When Cameron was murdered by his slaves in 1833, McNutt subsequently married Cameron's widow, Elizabeth Lewis Cameron. (Before the slaves were executed, a free black man who was also implicated blamed McNutt for the murder, stating that McNutt had instigated it in order to profit by Cameron's death.)

A Democrat, in 1829 he served as a Selectman in Vicksburg. In 1835 McNutt was elected to the Mississippi State Senate. In 1837 he was elected President of the Senate.

McNutt ran successfully for governor in 1837 and served two terms, 1838 to 1842. During his term Mississippi founded its state library and procured land for construction of a state university, and construction was completed on the state penitentiary.

During his governorship, McNutt opposed central banking, including Mississippi's Planters and Union Banks, in which the state had large ownership stakes, arguing that the stockholders and managers were corrupt. The banks sold bonds in an effort to raise revenue, which the state repudiated under McNutt's influence, leaving the state with a large debt.

After leaving office he resumed practicing law. In 1847 he ran unsuccessfully for the United States Senate, losing to Henry S. Foote.

In 1848, McNutt campaigned for the presidential ticket headed by Lewis Cass and was a candidate for presidential elector. While in Desoto County, he became ill and died on October 22, 1848. He was buried in Greenwood Cemetery in Jackson, Section 6, Lot 57.

McNutt's home is a Vicksburg landmark and listed on the National Register of Historic Places. A town just west of Schlater, Mississippi was named for McNutt. It was the county seat of Sunflower County, 1850-71.

Item ordered may not be exact piece shown. All original and authentic.
Email this to a friend
Request Info
Previous Item (Kansas City and Memphis Railway Co. - $1,000)    (Keystone Manufacturing Co.) Next Item