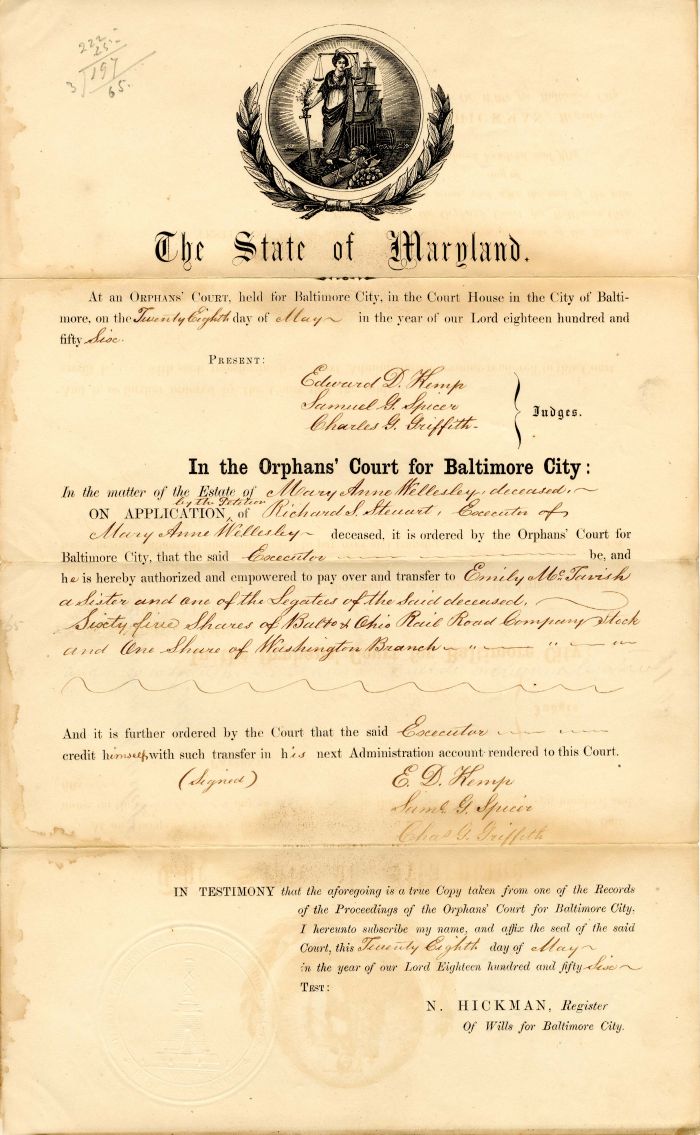 Condition: Excellent
Item ordered may not be exact piece shown. All original and authentic.
OUT OF STOCK
Request re-stock notice?
Email this to a friend
Request Info
Previous Item (Bangor Mill and Manufacturing Co - Stock Certificate)    (Bank of Delaware) Next Item