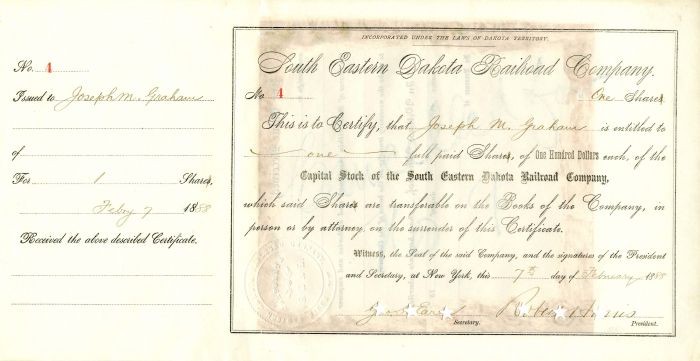 Stock  signed by Robert Harris as president. Signed by Geo. H. Earl as secretary and on back. T.F. Oakes signs as president of the Northern Pacific on back. Certificate #4 or #7! Rare!

Item ordered may not be exact piece shown. All original and authentic.
Email this to a friend
Request Info
Previous Item (South Eastern Dakota Railroad Co. Issued to and signed by James B. Williams and Robert Harris)    (Spokane and Palouse Railway Co.) Next Item