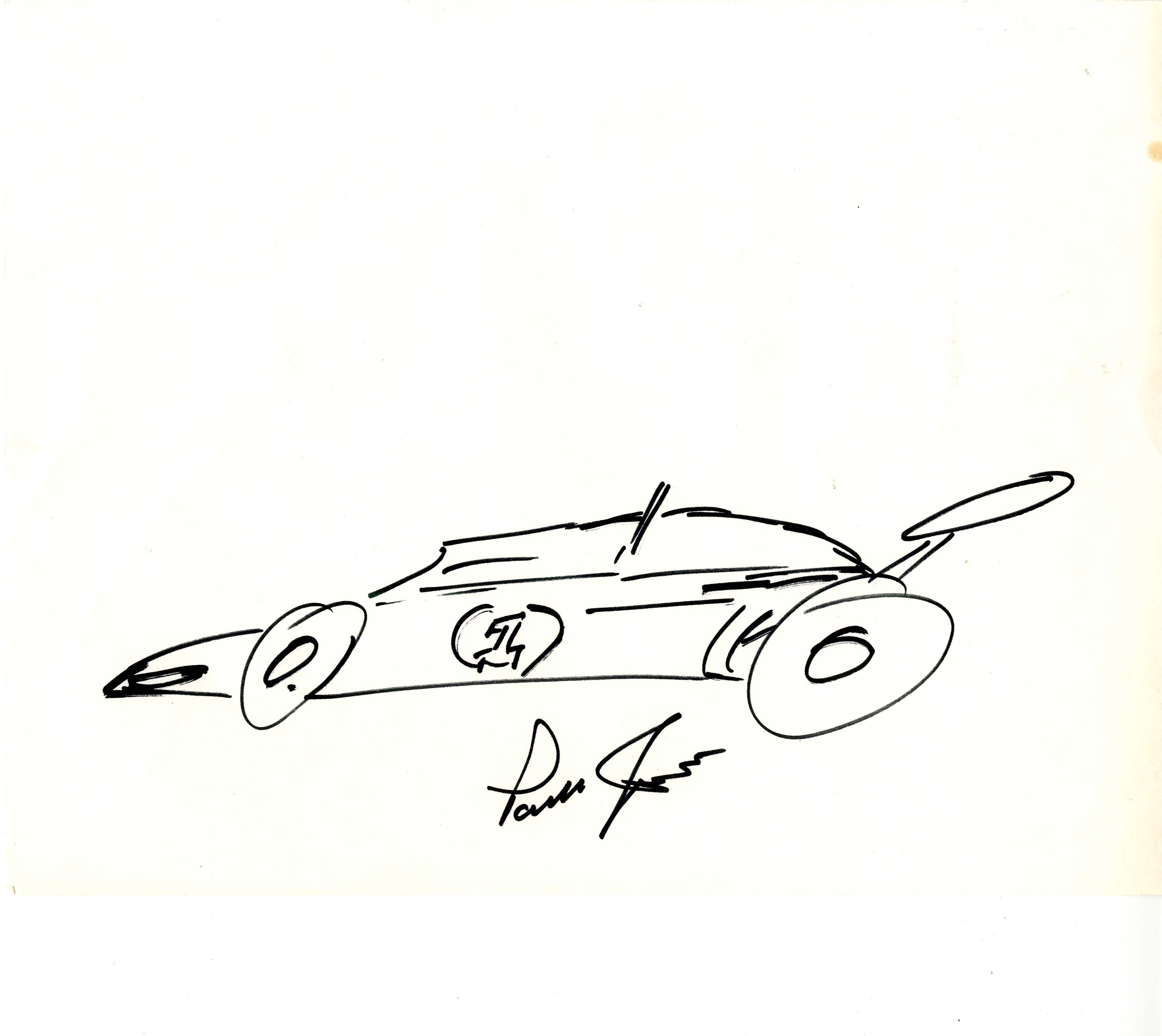 Sketch of a race car signed by Paul Jones.

Jones was runner-up at the GTP class of the IMSA GT Championship in 1993 and fourth in 1992. He also finished fourth at the 2002 NASCAR Winston Cup Series race at Watkins Glen, and second at the 1999 CART race at Nazareth. His father is Indianapolis 500 winner Parnelli Jones, his brother is Page Jones, a former racing driver, and one of his sons, Jagger Jones, currently races in the ARCA Menards Series West.

Condition: Excellent
Item ordered may not be exact piece shown. All original and authentic.
Email this to a friend
Request Info
Previous Item (Memoir of General Lyon)    (Arlo Guthrie signed Contract) Next Item