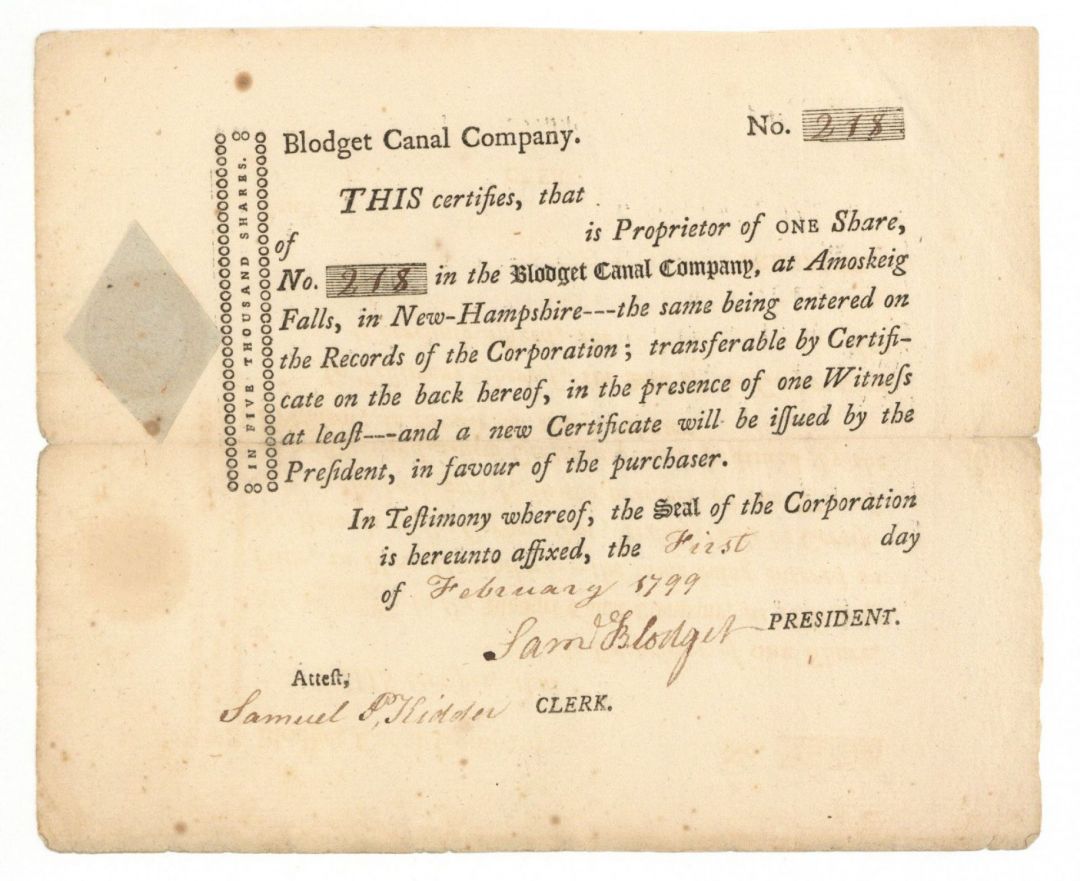 Samuel Blodget (1724-1807) Merchant, Manufacturer, Canal Builder. Promoter of the first stage line between Haverhill and Boston, MA and a farmer in Goffstown, NH. In 1794 he began construction of a canal around the Amoskeag Falls of the Merrimack River in NH to facilitate movement of his timber to the markets. After raising money through lotteries, the locks were finally completed in 1806 and the canal was officially opened on May 1, 1807. His son was Samuel Blodget Jr. (1757-1814), Merchant, Economist, Architect, Captain of the NH Militia. He designed the building of the first Bank of the U.S. in Philadelphia, one of the finest early Federal architects. He was a major figure in developing the Washington real estate market through lotteries, which led to his discredit and imprisonment for debt. Sam Jr's life is often compared to that of Robert Morris, famous financier of the Revolutionary War, who also gained fame for his successful projects, but who died impoverished.
Condition: Good