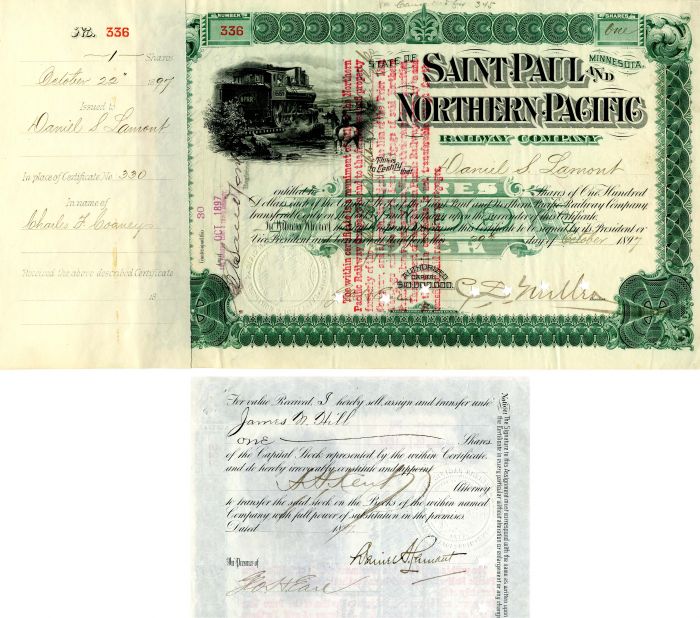 Stock issued to Daniel S. Lamont and signed on back. Signed by C.S. Mellen as president and Geo. H. Earl signs as secretary and on the back. Transferred to Jas. N. Hill. Important! Rare!

James Norman Hill (1843-1910) was the eldest son of James J. Hill, and like his father, was a railroad man. He was born in St. Paul, Minnesota. He was the third child of ten.  Hill graduated from Yale in 1893, and began his business career as a clerk in a railroad office.  He held various subordinate positions, but in 1905 was made vice president of the Northern Pacific Railroad Company. He was also the vice president of the Minnesota & International Railroad, a director of the Burlington and Erie Railroads, of the Northern Securities Company, Pacific Coast Company, a Vice President of the Northern Express Company, and a Trustee of the New York Trust Company and the Washington and Columbia Trust Company. James N. Hill also moved to Texas and is noted to have earned millions investing in the Texas Oil Company.