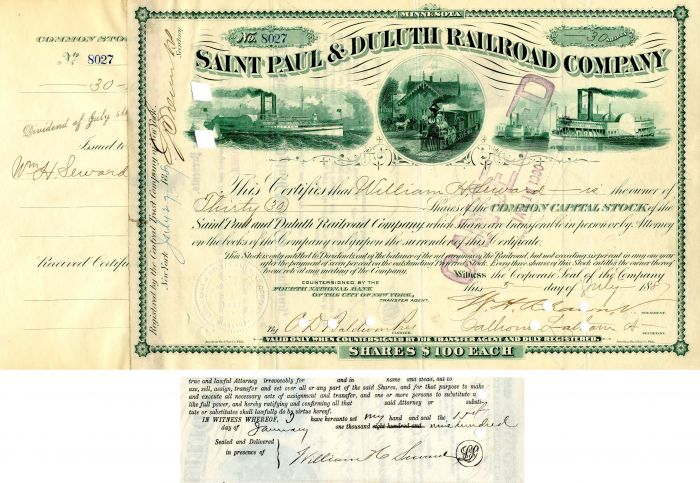 Stock issued to William H. Seward and signed on back. Rare!

Educated at home, Seward became interested in finance and later started a partnership with Clinton McDougall and opened a private bank in Auburn, New York in 1861. He left banking in 1862 to command New York's 9th Heavy Artillery in the U.S. Civil War, which joined the Army of the Potomac in 1864 and was present at Appomattox Court House. After being wounded in battle, he eventually rose to the brevet rank of Brigadier General. He was thereafter known within his family as "The General".

Retiring from the army at the close of the war, he returned to Auburn and the banking profession and also served as secretary and director of the American Express Company.

He was targeted as a victim of the Lincoln assination conspiracy but was spared.

He died at the age of 80. Today, he is buried in Fort Hill Cemetery in Auburn, New York next to his father William H. Seward, Sr.