Saint Paul and Duluth Railroad Co. Issued to and signed by R.S. Hayes 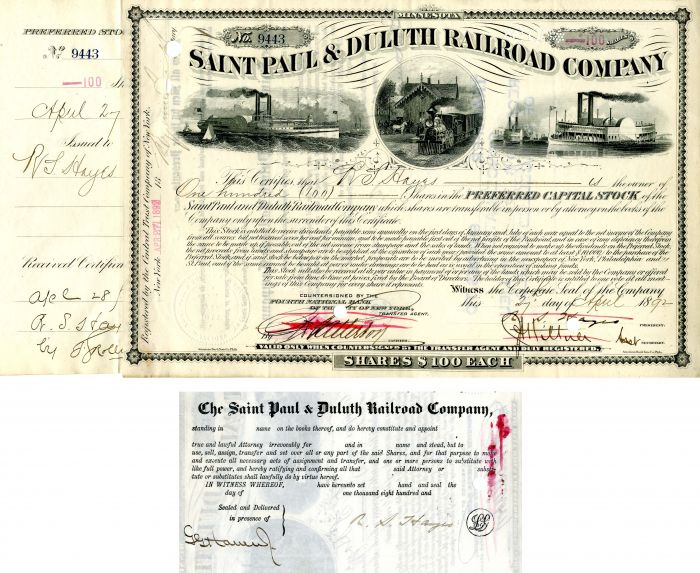 Stock issued to and signed by R.S. Hayes on front as president and on the back.