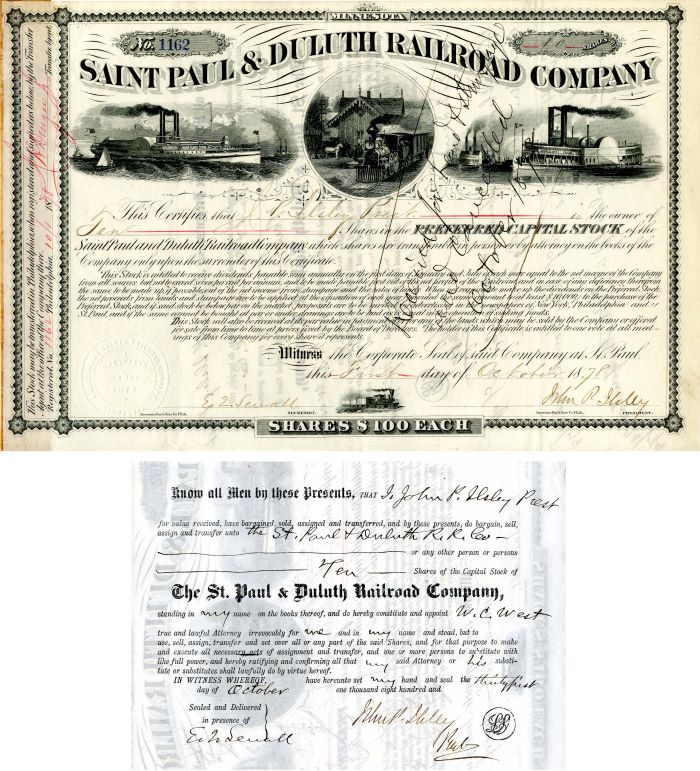 Stock issued to and signed by John P. Ilsley on front as president and on back twice.