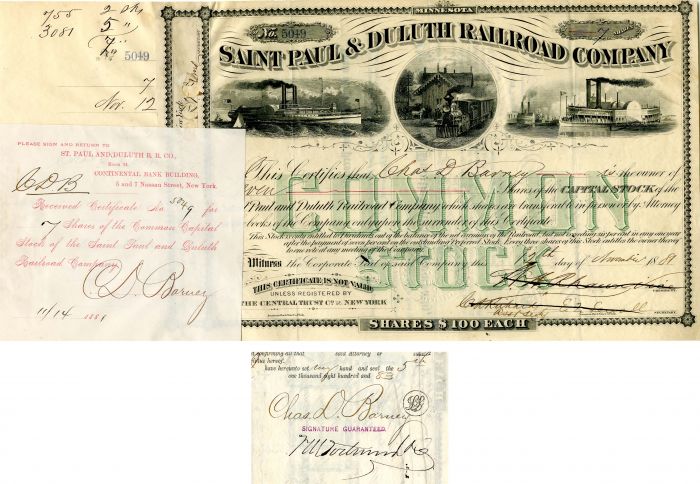 Stock Issued to and signed twice by Charles D. Barney.