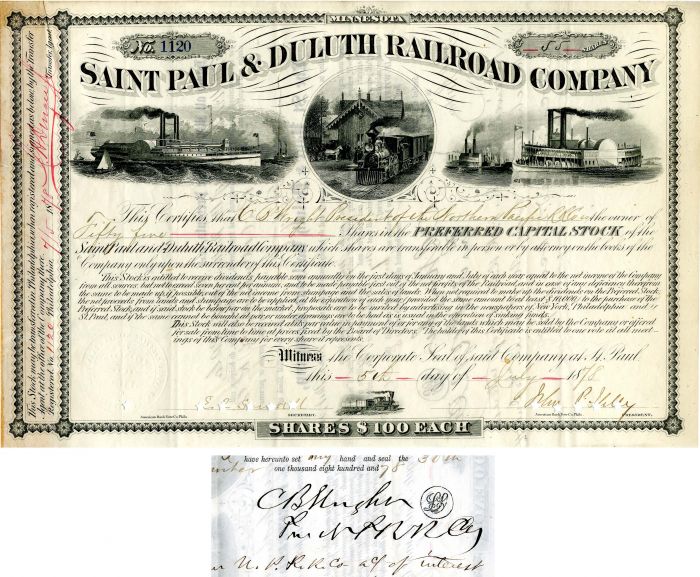 Stock issued to C.B. Wright President of the Northern Pacific RR Co. and stamp signed on back by C.B. Wright.