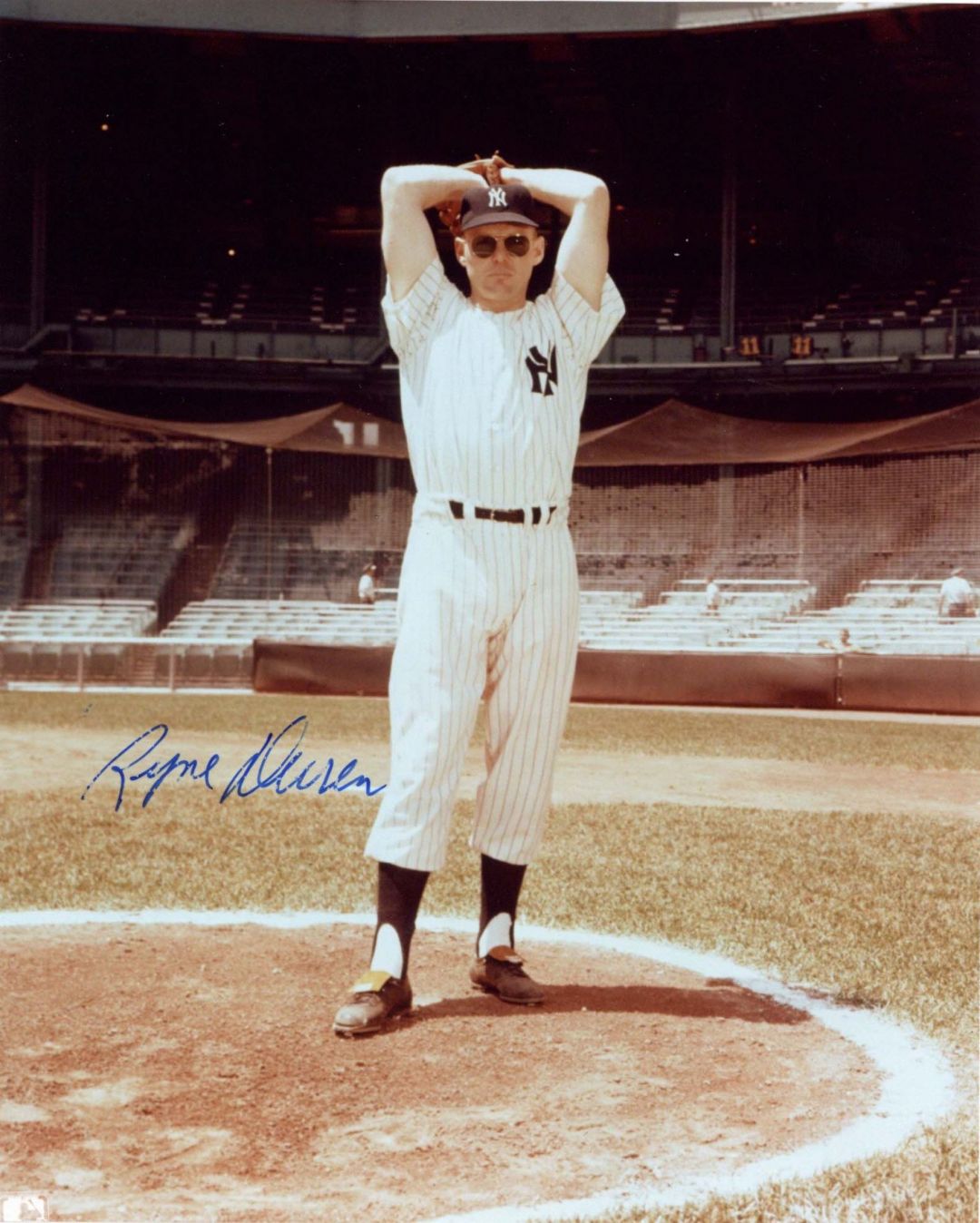 He was known for the combination of his blazing fastball and his very poor vision. With his thick eyeglasses, few batters dared to dig in against Duren. Casey Stengel said, "I would not admire hitting against Ryne Duren, because if he ever hit you in the head you might be in the past tense."

Duren was originally signed by the St. Louis Browns as a free agent before the 1949 season. His only game with the franchise, his major league game debut, came on September 25, 1954, by which time the Browns had become the Baltimore Orioles. On September 21, 1956, he was traded to the Kansas City Athletics with Jim Pisoni in exchange for Al Pilarcik and Art Ceccarelli.

The Athletics and New York Yankees were frequent trading partners in that era, and on June 15, 1957, Duren, Pisoni, and Harry Simpson were sent to the Yankees for Billy Martin, Ralph Terry, Woodie Held, and Bob Martyn. Duren kept his A's uniform number of 26 with the Yankees. Duren received the first of his three All-Star selections in 1957. He has been retroactively credited with saving 20 games in 1958, the high mark in the American League that year. In 1959, his winloss record was much poorer, but his earned run average of 1.88 was the best of his career.

Duren was a showman. In those days the Yankee bullpen was a part of the short-porch right field and only a low chain link fence served as the boundary. When called upon by Casey Stengel to relieve, he wouldn't use the gate, but preferred to hop the fence with one hand and begin a slow walk to the mound with his blue Yankee warm-up jacket covering his pitching arm; he followed this routine even on the hottest days. When he finally took the ball and began his warmups, the first pitch was sometimes a hard fastball 20 feet over the catcher's head. The succeeding warmup pitches would be thrown lower and lower (but not slower) until Duren would finally "find" the plate. He was so wild that he allegedly hit a player in the on-deck circle.

Duren stayed with the Yankees until May 8, 1961, when he was traded to the Los Angeles Angels; Duren, Johnny James, and Lee Thomas went to the Angels in exchange for Tex Clevenger and Bob Cerv. Shortly after being traded to the Angels, he struck out seven successive Red Sox batters, then an American League record. He was sold to the Philadelphia Phillies before the 1963 season. Early in the 1964 season, he was shipped to the Cincinnati Reds. Released by Cincinnati in April 1965, he was signed by the Phillies; after being released two months later, he joined the Washington Senators, but was released again on August 24 to bring a close to his 10-year Major League career.