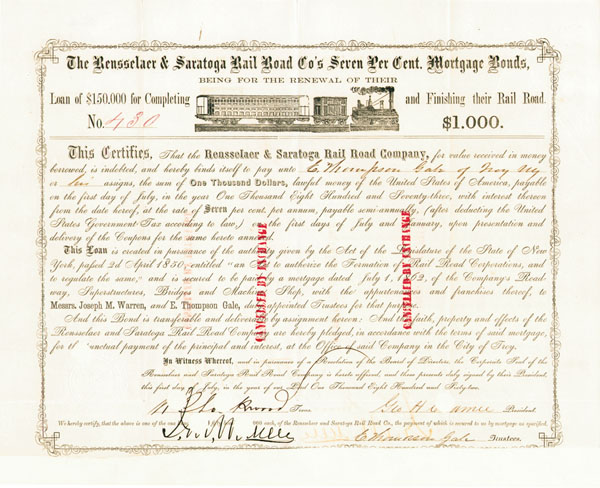 Later acquisitions including trackage to Whitehall, New York and a line of steamers that plied Lake Champlain, allowing tourists to travel from Troy to Canada entirely by steam conveyance for the first time. The last expansion before the merger with the Delaware and Hudson Canal Company involved building new sections of track between Green Island and Watervliet that linked Albany and Troy for the first time. All of the leases, purchases, and road construction carried out by the Rensselaer and Saratoga resulted in a little railroad empire consisting of 175 miles of track and control of the Upper Hudson and Champlain Valleys.