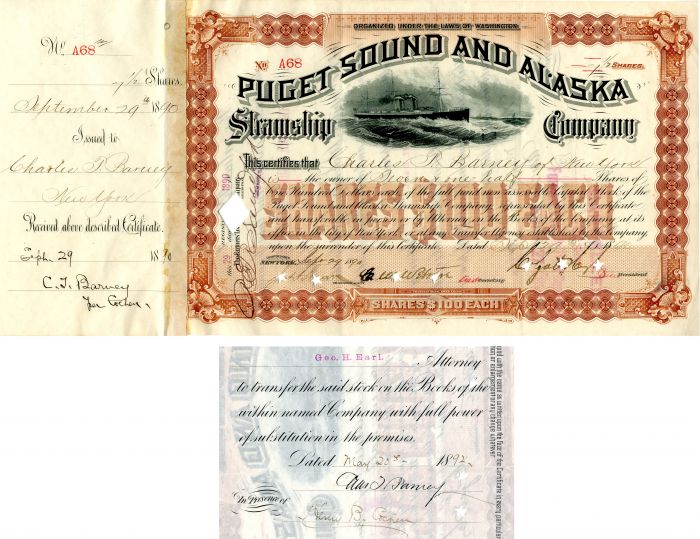 Stock issued to Charles T. Barney and signed on back. Also signed by Colgate Hoyt as president.

Item ordered may not be exact piece shown. All original and authentic.
Email this to a friend
Request Info
Previous Item (Argonaut Salvage Corporation - Stock Certificate)    (Ships Passport signed by Polk and Buchanan - Autographs) Next Item