Puget Sound and Alaska Steamship Co. issued to and signed by Charles B. Wright and T.F. Oakes - Stock Certificate 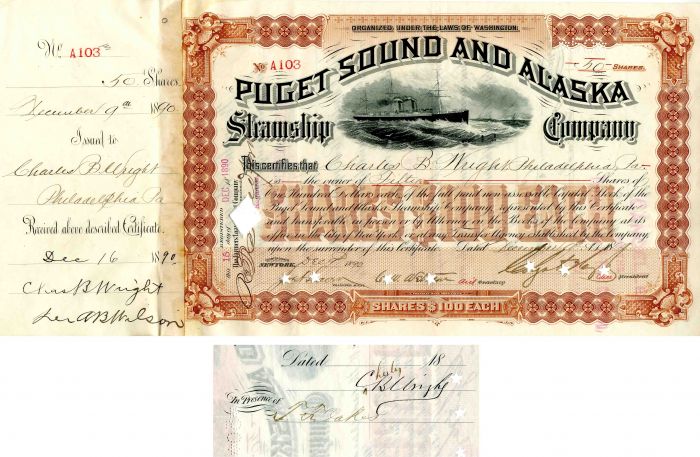