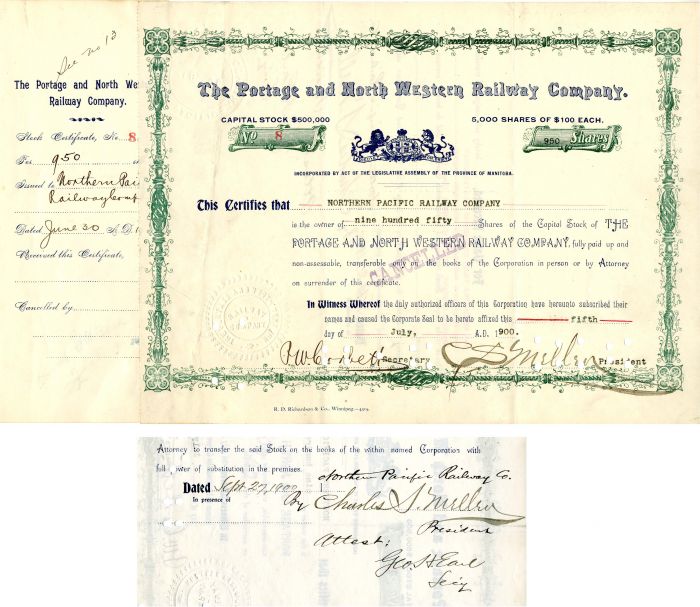 Stock signed by C.S. Mellen as president and Charles S. Mellen on back. Rare full signature! Manitoba, Canada. Certificate #6 or 8!