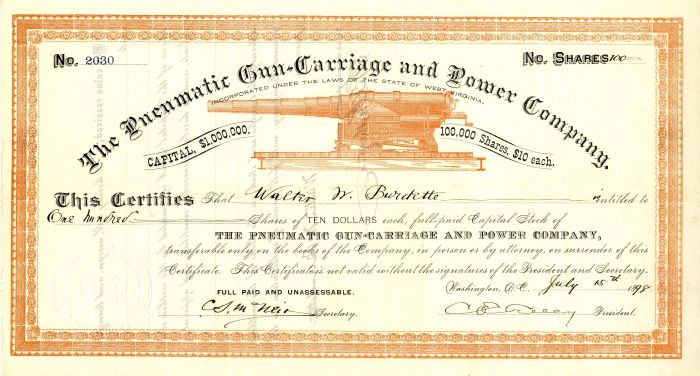 Stock printed by Gibson Brothers, Washington. Similar to item #GN1006, except gun is pointing in opposite direction. Worthy of further research. Rare color!

Item ordered may not be exact piece shown. All original and authentic.
Email this to a friend
Request Info