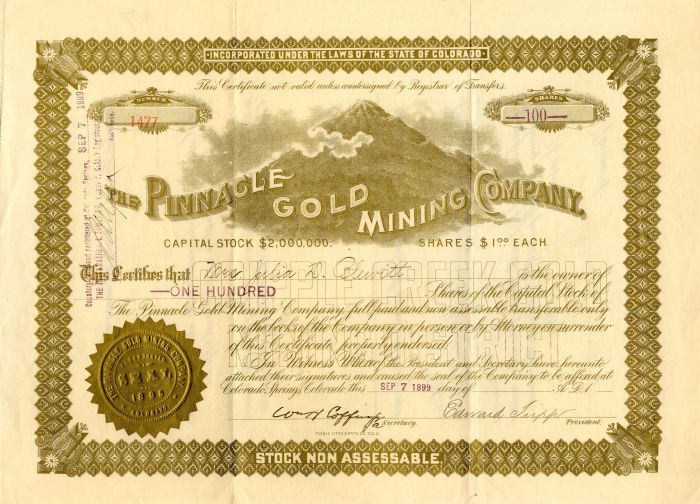 The Cripple Creek Gold Rush was a period of gold production in the Cripple Creek area from the late 1800s until the early 1900s. Mining exchanges were in Cripple Creek, Colorado Springs, Pueblo and Victor. Smelting was in Gillett, Florence, and (Old) Colorado City. Mining communities sprang up quickly, but most lasted only as long as gold continued to be produced. Settlements included: