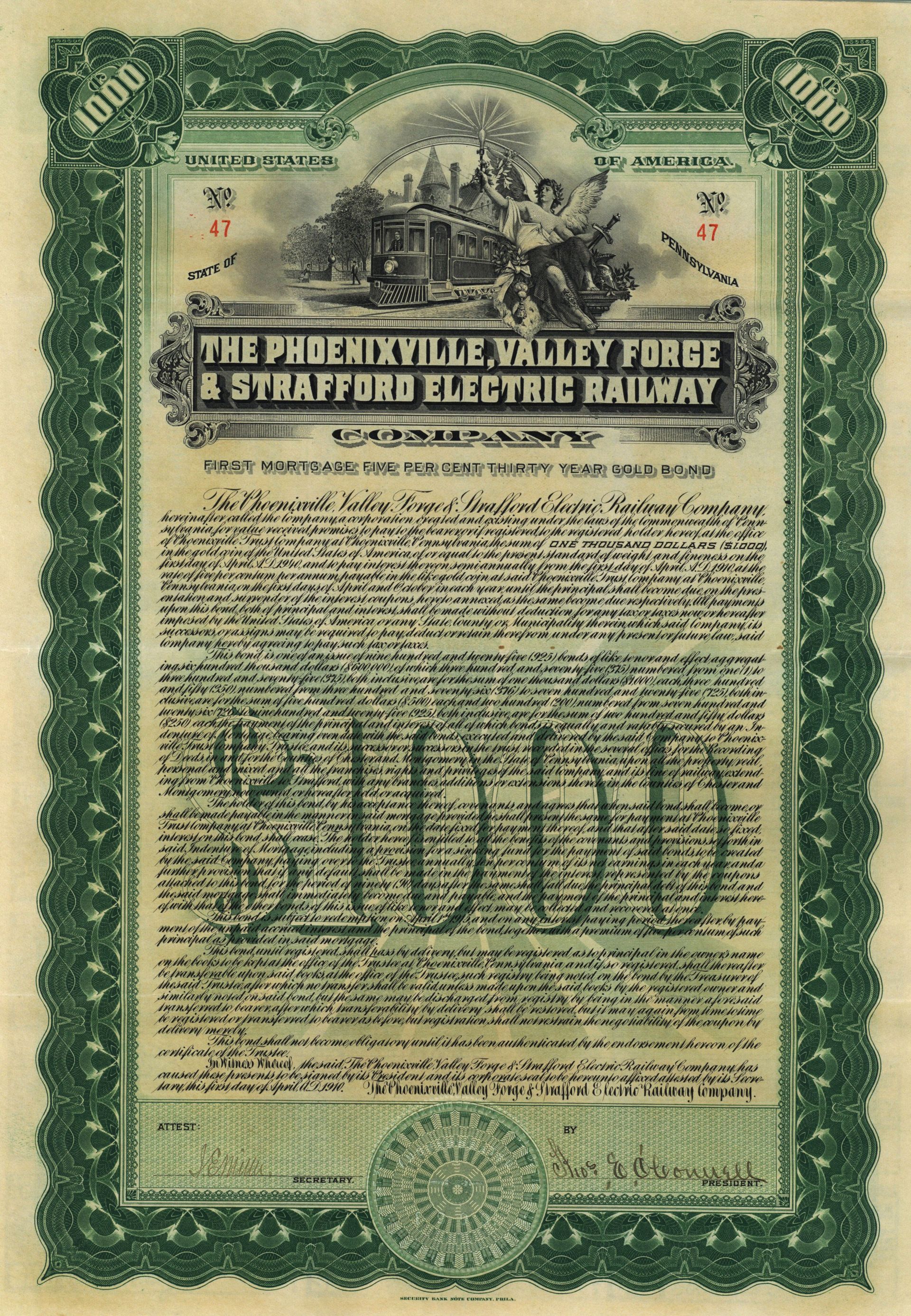 With the opening of the Philadelphia and Western Railroad in 1907 from 69th Street in Philadelphia to Strafford, Thomas O'Connell, a noted local railway developer, began promoting a new line to run from Strafford through Valley Forge to Phoenixville. It seemed like a good idea since Valley Forge Park continued to be a popular place to visit after the 1876 Centennial.

According to Bowman (p. 64) the line came to an "abrupt halt just after crossing Valley Creek." The developers had not taken into account the fact that Philander C. Knox, a prominent Republican politician, had already donated the land needed for the right-of-way through the park to the state to be preserved as park land.

Like most electric railways seeking to increase their numbers of riders, the P, VF & S started an amusement park a little over three miles in from each end of the line. It was called Valley Park and opened on August 4, 1912 with vaudeville acts and a picnic area. Eventually it expanded to include a merry-go-round, a movie theater, a dance hall, and a lake to go boating on.

The P, VF & S didn't have many riders during the winter months - keeping the line snow-free was a constant problem. And by 1919 the automobile was having an impact on all electric railways. Despite the fact that the line never raised its one-way nickel fare from each end of the line to Valley Park, the final run was made on December 24, 1923. Shortly after that, the railway track and bridge over Valley Creek were removed.

Valley Park also closed when the railway line ceased operating. Today the park site is hidden by the woods on the south side of Valley Park Road west of the intersection with Country Club Road in Schuylkill Township and the entrance to the Fernleigh development of houses. A stone gate and stone building can still be seen from the road. (From tehistory.org)