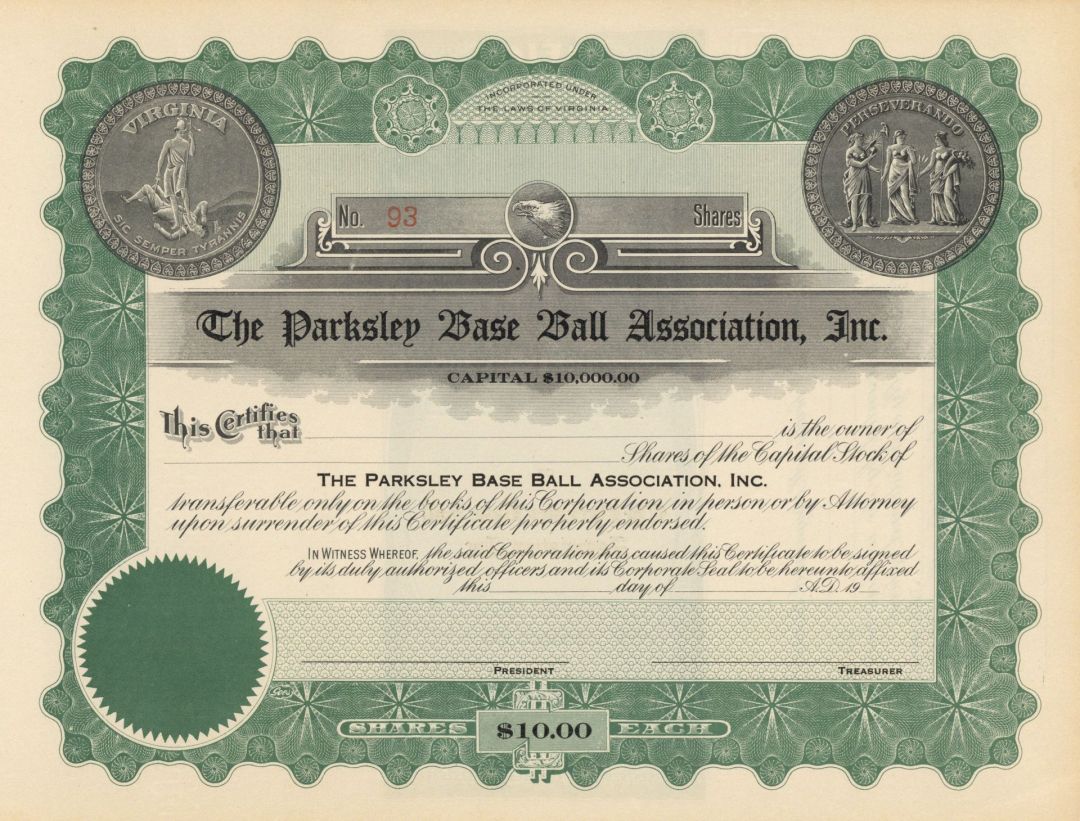 Original unissued stock certificate from the Parksley Baseball Association, Inc. This certificate is from the 1922 Parksley Spuds. The Parksley Spuds were charter members of the class D Easter Shore League, formed in 1922. They lasted until the league disbanded in 1928. The league was formed with teh assistance of Frank "Home Run" Baker and included Hall of Famer "Red" Ruffins who played for the Dover ballclub. Only 250 of these stock certificates were ever printed. This is truly a unique piece of baseball history.

The Parksley Spuds were a Class D minor league baseball team based in Parksley, Virginia, which had a population of just over 600 people at the 1920 United States Census. They played in the Eastern Shore League between 1922 and 1928, the entire run of the league's initial incarnation. The Spuds won multiple league pennants during that span. The league encountered financial difficulties during the 1928 season and the owners of the teams voted to disband the league.

One of the notable players to appear for the Spuds was Jimmie Foxx; he was a catcher for the team during its visit to a 1924 championship series known as the Five-State Championship. He later became a Baseball Hall of Fame first baseman. Read more at https://en.wikipedia.org/wiki/Parksley_Spuds