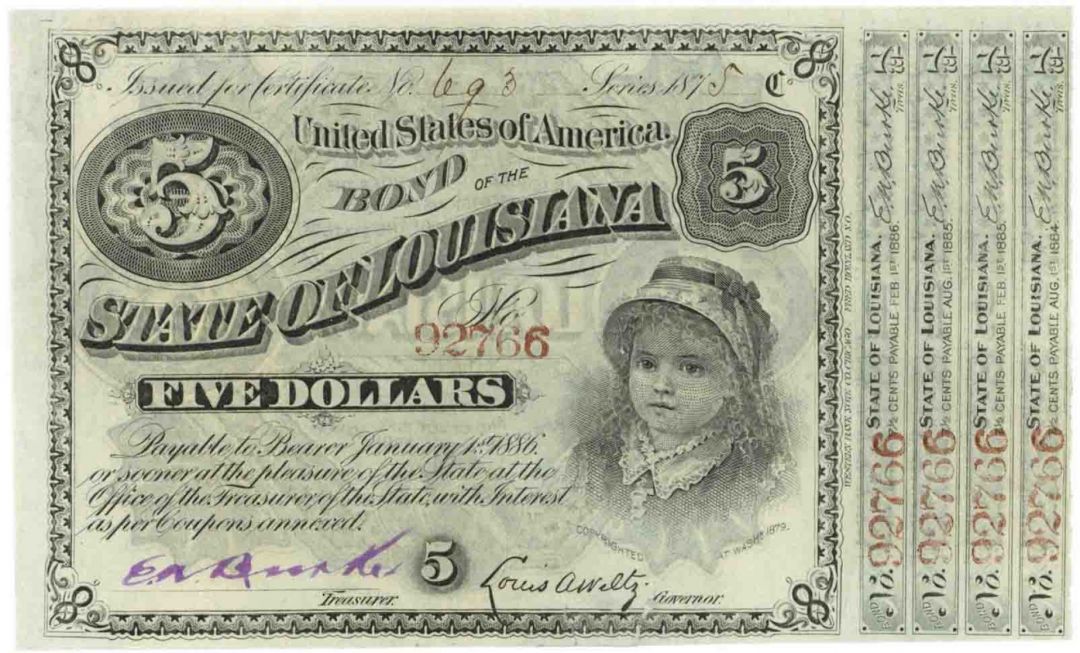 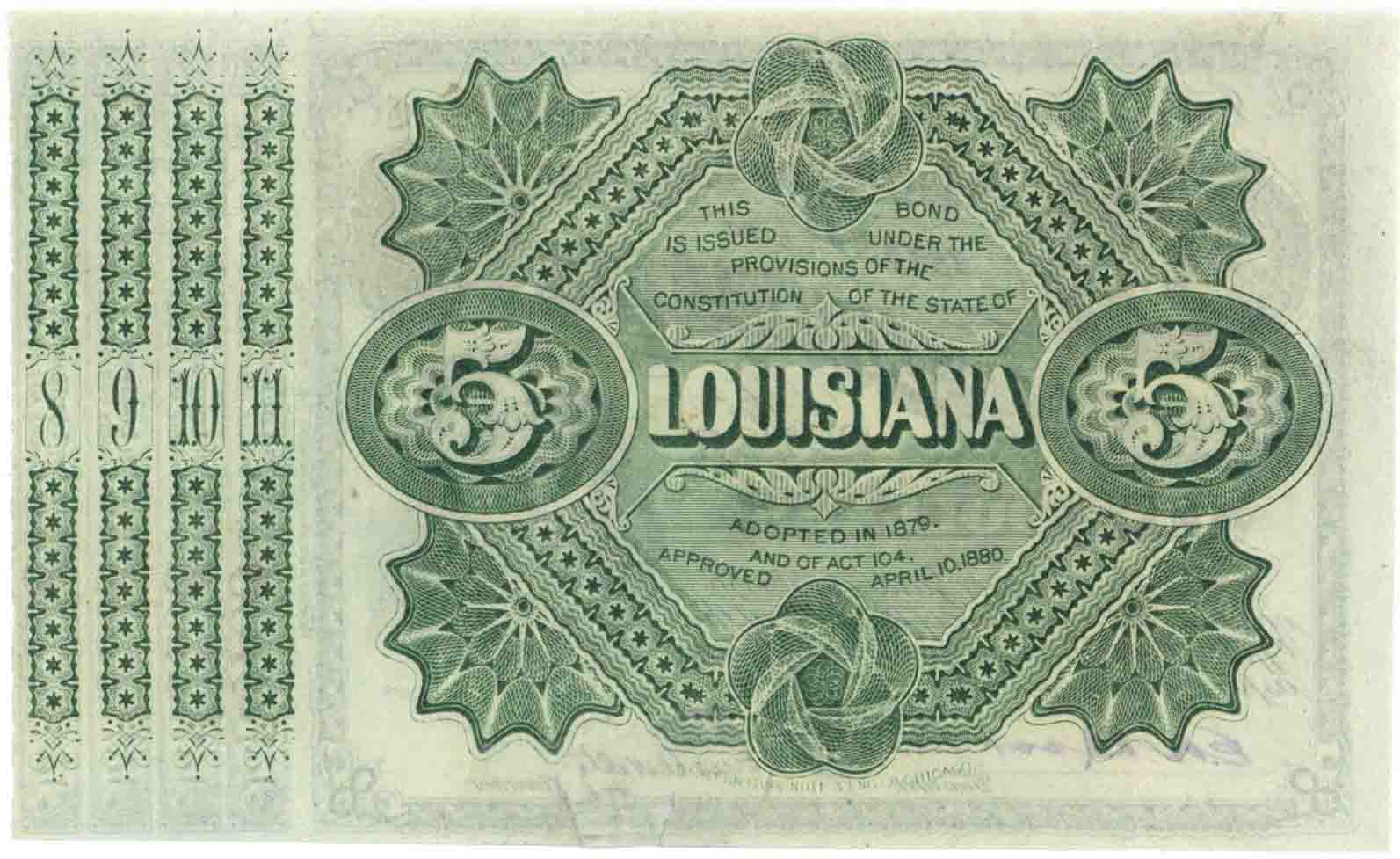 Single one (1) bond. Series C $5 Dollar State of Louisiana Baby Bond. Uncancelled. These 1870s bonds come with an interesting history. At the close of the Civil War, the federal government imposed a large tax on state bank notes. The state of Louisiana issued small bank notes and disguised them as interest-bearing bonds. These $5.00 Baby Bonds have a picture of a baby on the front. Thus the state avoided the tax. Everyone knew that they were worth the same as federally approved currency, so they were used throughout the state.

Item ordered may not be exact piece shown. All original and authentic.
Email this to a friend
Request Info
Previous Item (Kansas Rolling Mill Co. - $1,000 Bond)    (One State of Louisiana Bond known as 'Baby Bond' - Series B (1 Uncanceled Bond) - Great History) Next Item