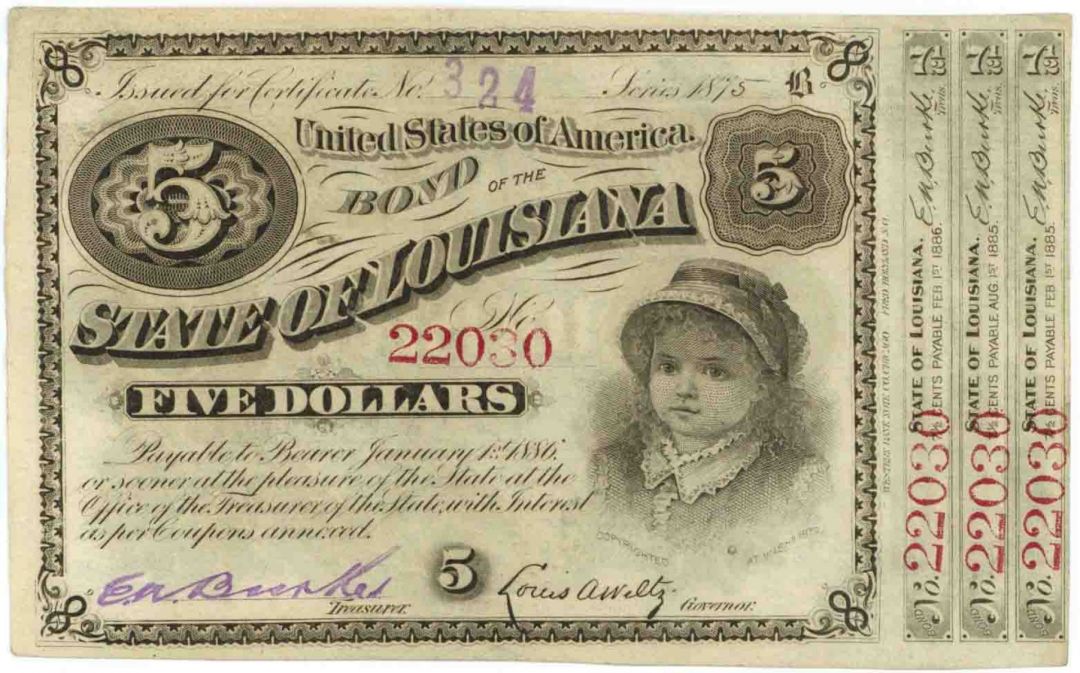 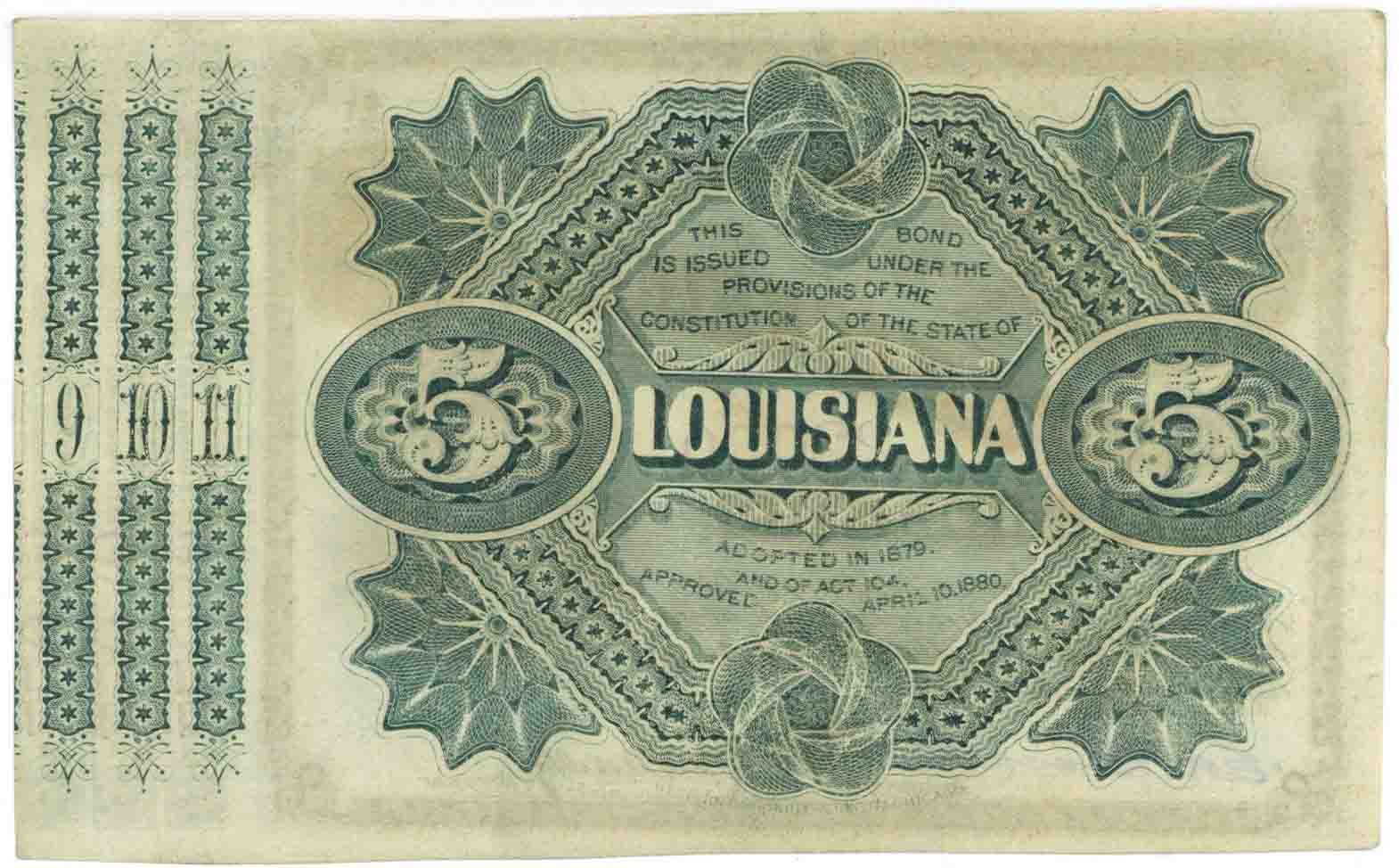 Single one (1) bond. Series B $5 Dollar State of Louisiana Baby Bond. Uncancelled. These 1870s bonds come with an interesting history. At the close of the Civil War, the federal government imposed a large tax on state bank notes. The state of Louisiana issued small bank notes and disguised them as interest-bearing bonds. These $5.00 Baby Bonds have a picture of a baby on the front. Thus the state avoided the tax. Everyone knew that they were worth the same as federally approved currency, so they were used throughout the state.