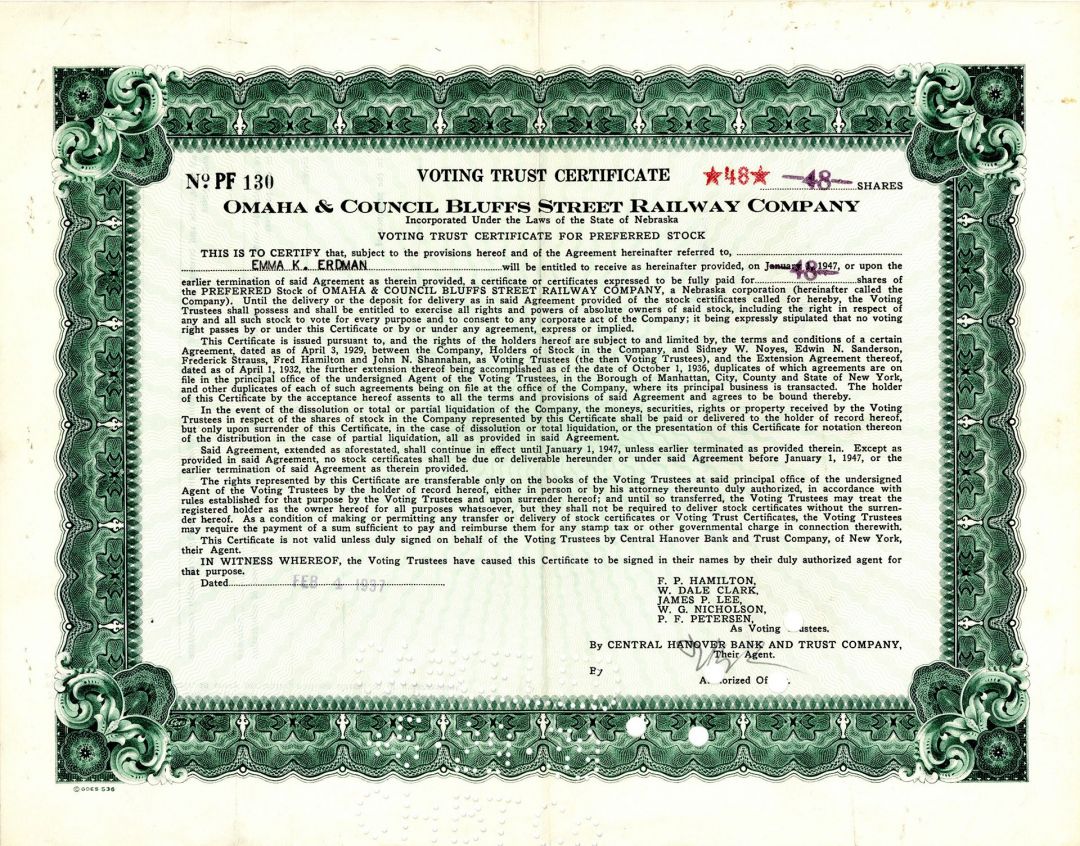 The Omaha and Council Bluffs Railway and Bridge Company, known as O&CB, was incorporated in 1886 in order to connect Omaha, Nebraska with Council Bluffs, Iowa over the Missouri River. With a sanctioned monopoly over streetcar service in the two cities, the O&CB was among the earliest major electric street railway systems in the nation, and was one of the last streetcar operators in the U.S., making its last run in 1955.

The last horse car route in the city ceased operation in June 1895.

The O&CB's proposal for a combined wagon and railway bridge over the Missouri River was accepted by United States Congress and the Secretary of War in 1887. This led to the construction of the Douglas Street Bridge, which was later known as the Ak-Sar-Ben Bridge. The bridge was opened to traffic on October 30, 1888.

After the construction of the bridge, O&CB laid out streetcar lines throughout Omaha and its suburbs, including South Omaha, Benson, Dundee, and Florence. In 1888 Wright was elected Secretary of the company, and the O&CB built the first electric street railway line ever constructed in Iowa or Nebraska. In 1898 the Omaha Street Railway, later acquired by the O&CB, ordered new cars, repaired and refurbished older cars, and allocated $100,000 for improvements to the streetcar system in anticipation of providing to and from Omaha's Trans-Mississippi Exposition. This increased the capacity of the company's power plant at 20th and Nicholas Streets.

By 1902 all of the electric-powered railways in Omaha were consolidated in the O&CB. The company was sold to a New York City-based syndicate for $4,000,000 that year, with the syndicate taking control of all stock.

When local banker Gurdon Wattles bought the company along with several competing lines and merged them into one unit called the Omaha Traction Company the O&CB ceased operating as an independent line. However, Wattles continued using the brand. In 1943 the company began training women as streetcar operators after many of its male drivers were called into military service during World War II. The women learned quickly and were paid the same wages as their male counterparts.

In the late 1940s the O&CB was the target of a general boycott called by the DePorres Club, a central group in Omaha's civil rights movement. The youth-led organization targeted the railroad for its segregation practices and poor service to the Near North Side neighborhood four years before the Montgomery bus boycott.

The still-standing Omaha and Council Bluffs Street Railway Company Car Barn at the intersection of South 10th Street and Pierce Street was the last active barn in the city. The O&CB line ceased operating on March 4, 1955.

The still-standing Car Barn at South 10th Street and Pierce Street was used by the United States Postal Service. There are plans to renovate this building in the near future