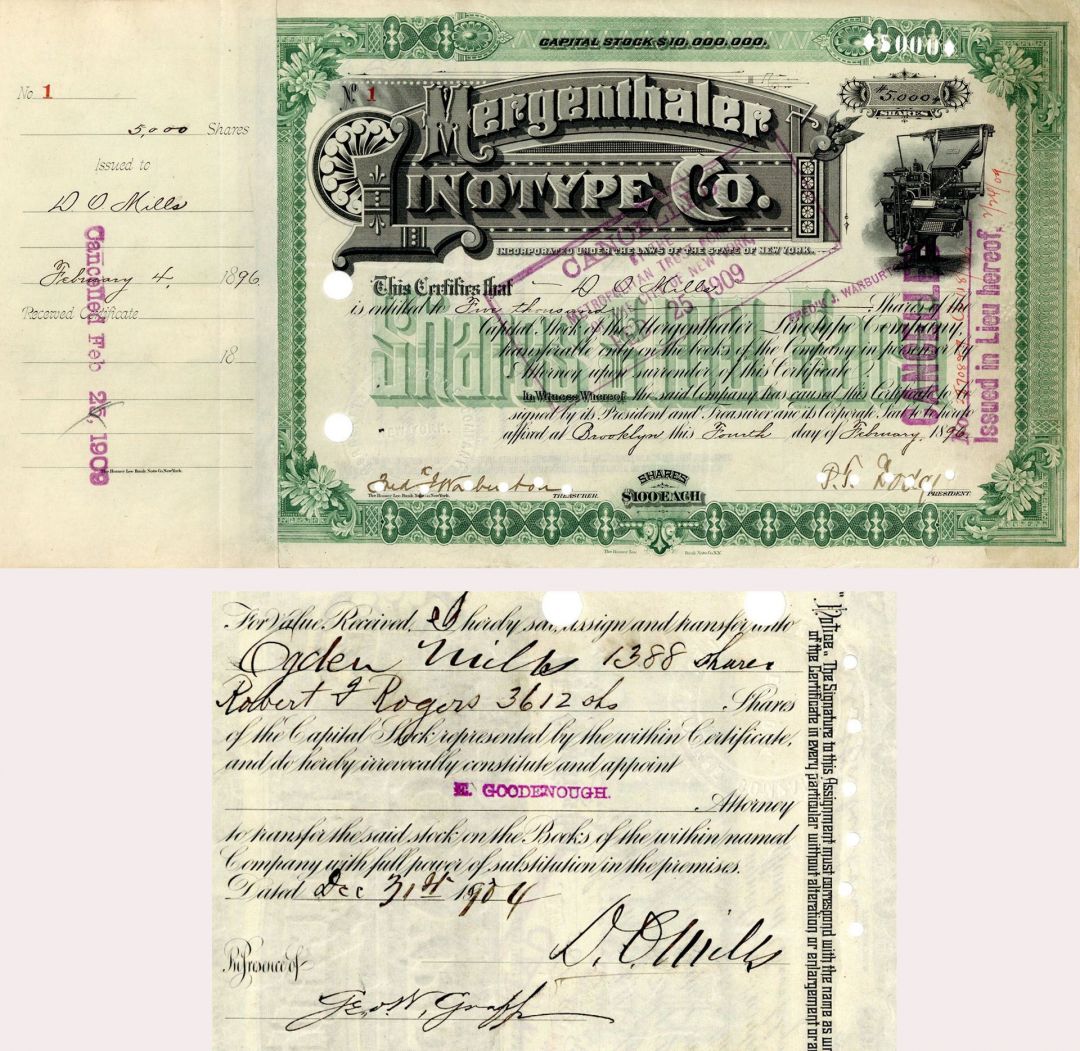 Years: 1890's
Stock issued to D.O.Mills. He signs for his famous father at back. Printed by Homer Lee Bank Note. Superb Graphics including the Mergenthaler printing press. Certificate #1-8 available!