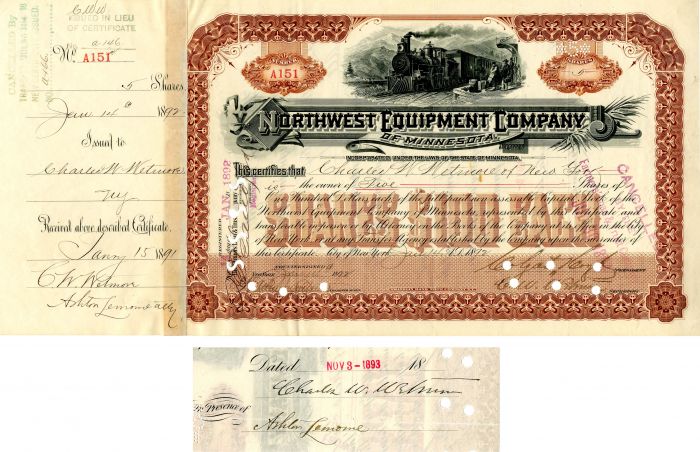 Stock issued to and signed on the back by Charles W. Wetmore. Named for one of the financial backers of American Steel Barge, Charles W. Wetmore became the first whaleback to operate outside the Great Lakes. Also signed by Colgate Hoyt as president.