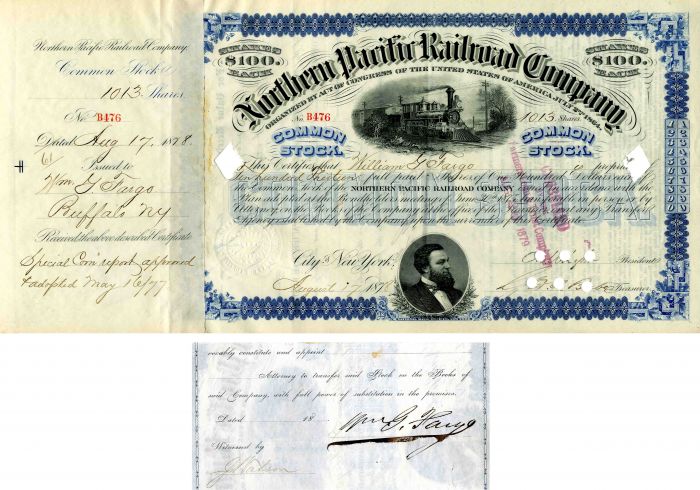 Stock issued to William G. Fargo and signed on the back.

William George Fargo (1818-1881) Fargo, a pioneer American expressman, was born in Pompey, New York. From the age of thirteen he had to support himself, obtaining little schooling, and for several years he was a clerk in grocery stores in Syracuse.