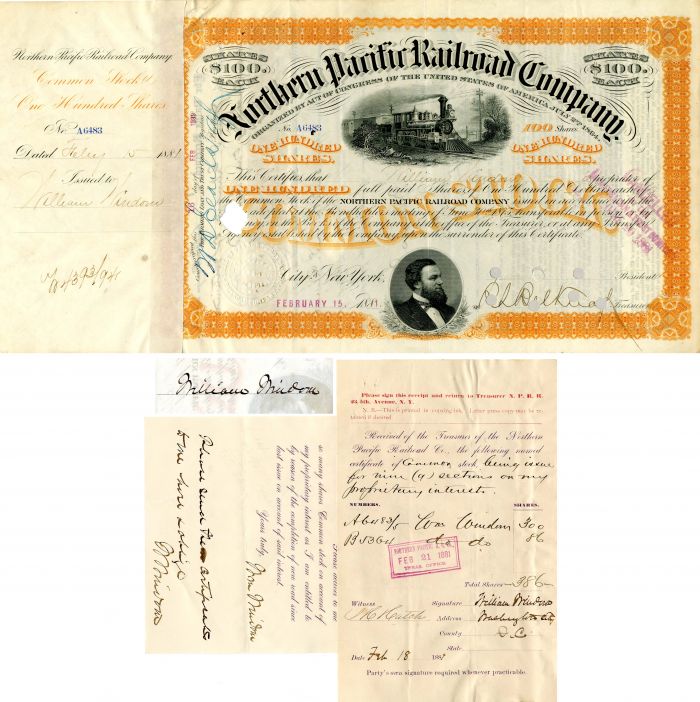 Stock issued to and signed 3 times by William Windom on back on attached and unattached paper.

Windom was however elected to the regular full term that started March 4, 1871. He served until March 7, 1881 when he was appointed as United States Secretary of the Treasury by President James Garfield and served until he resigned from the Cabinet effective November, after having again been elected Senator to fill the vacancy caused by his own resignation, and served to March 3, 1883.

He was appointed Secretary of Treasury again in the Cabinet of President Benjamin Harrison and served from March 1889 until his death in New York.