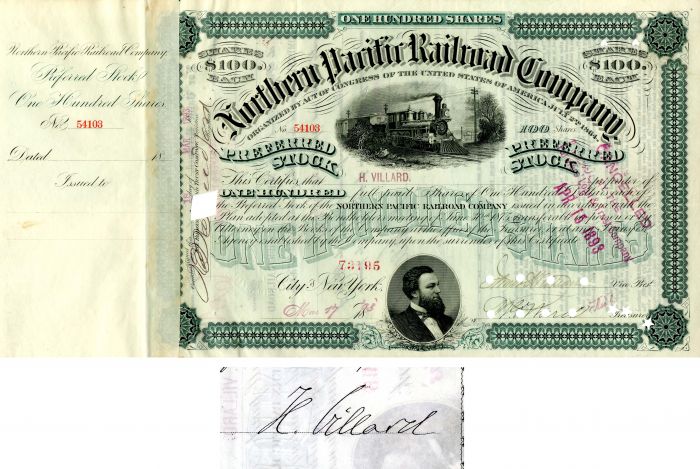 Stock issued to and signed by H. Villard on back. 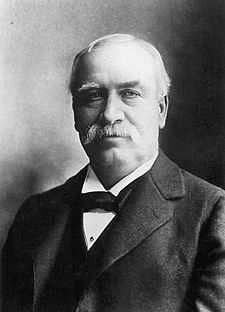 Henry Villard (1835-1900) An American journalist and financier of German origin.