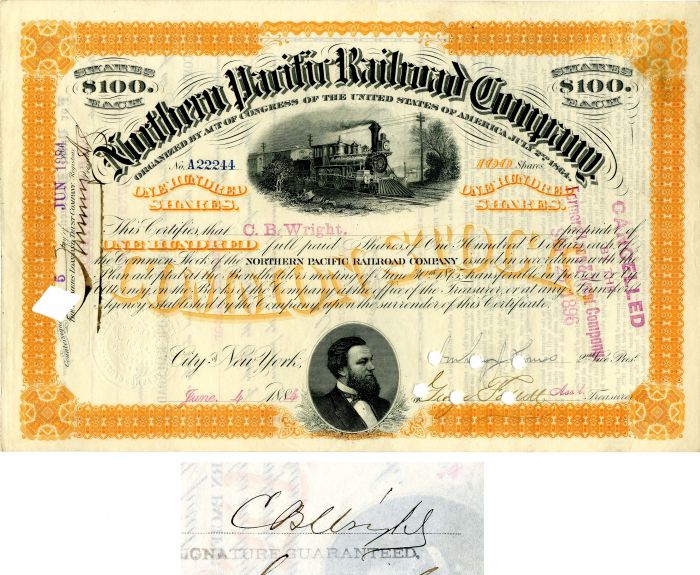 Stock issued to and signed by C.B. Wright on back.

Wright was born in Bradford County, Pennsylvania. He started in business at 15, and at 19 was taken as a partner by his employer. In 1843 he received from the Towanda Bank a trust of landed interests in the then small town of Chicago, and in two years he not only fulfilled this mission successfully, but realized handsome profits in Chicago real estate for himself. In 1863 he engaged actively in developing the petroleum interests of Pennsylvania.

In 1870, as director and afterward as president, he undertook the work of pushing the Northern Pacific Railroad to completion. After the road had been built to the Missouri River, and eastward from the Pacific Ocean about 100 miles, Jay Cooke and Co., the fiscal agents, failed during the Panic of 1873, and the completed parts were not paying expenses. Wright afterward assisted in the reorganization by which the road was completed to Puget Sound.

Charles Wright Academy in Tacoma was named in his honor, as was Tacoma's Wright Park Arboretum