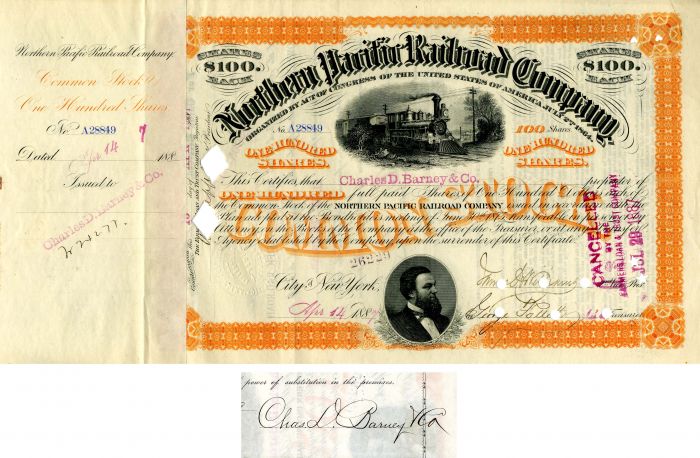 Charles Dennis Barney (July 9, 1844  October 24, 1945) was an American stockbroker and founder of Charles D. Barney & Co., one of the predecessors of the brokerage and securities firm Smith Barney.

Barney was born in Sandusky, Ohio, the son of a grain merchant. Barney attended the University of Michigan in Ann Arbor, Michigan when the American Civil War broke out. Barney's older brother was killed and at the end of 1862, Barney was permitted by his family to enlist in the U.S. Army. After the war, Barney worked briefly as a clerk at a bank in Sandusky.

Barney died in 1945 at the age of 101 at Elkins Park, Pennsylvania near Philadelphia. At the time of his death, Barney was among the oldest living veterans of the American Civil War.

Barney was a director of the Union League of Philadelphia.