Northern Pacific Railroad Company issued to B.P. Cheney and signed by his son 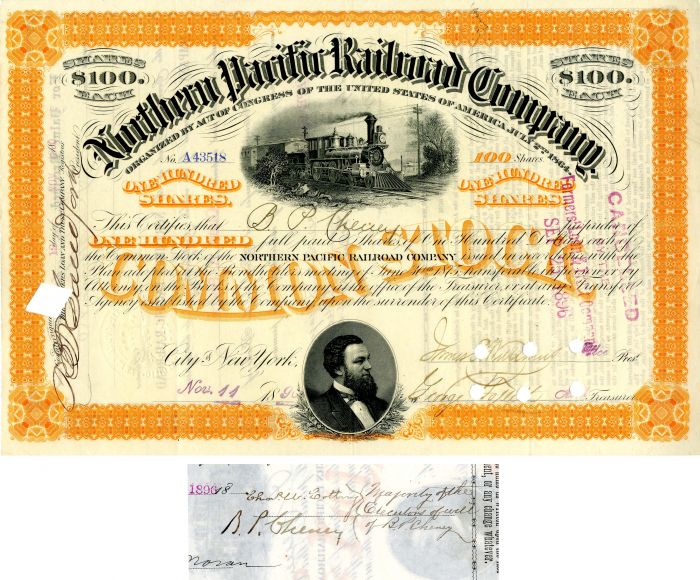 Stock issued to B.P. Cheney and signed on back by his son as executor. Also transferred to J.P. Morgan Co.!