Northern Pacific Railroad Co. issued to and signed by August Belmont and Co. 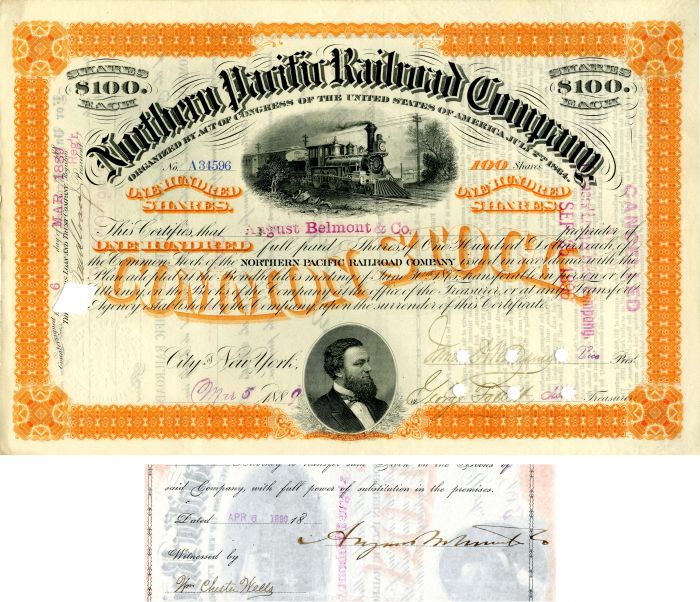 Stock issued to and signed on back by August Belmont & Co. in his hand.