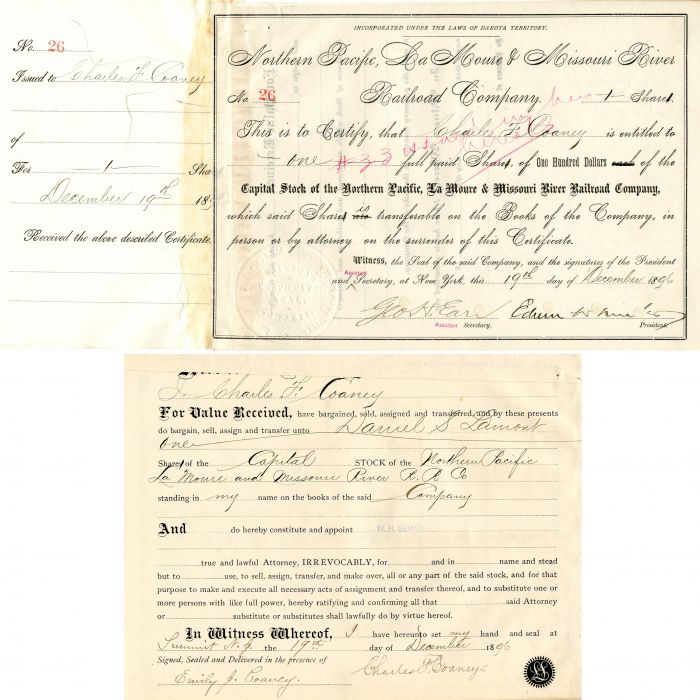 Item ordered may not be exact piece shown. All original and authentic.
Email this to a friend
Request Info
Previous Item (Northern Pacific, La Moure & Missouri River Railroad Company issued to and signed by Robert Harris and Geo. H. Earl)    (Northwest Equipment Company of Minnesota issued to and signed by Charles W. Wetmore and Colgate Hoyt - Stock Certificate) Next Item