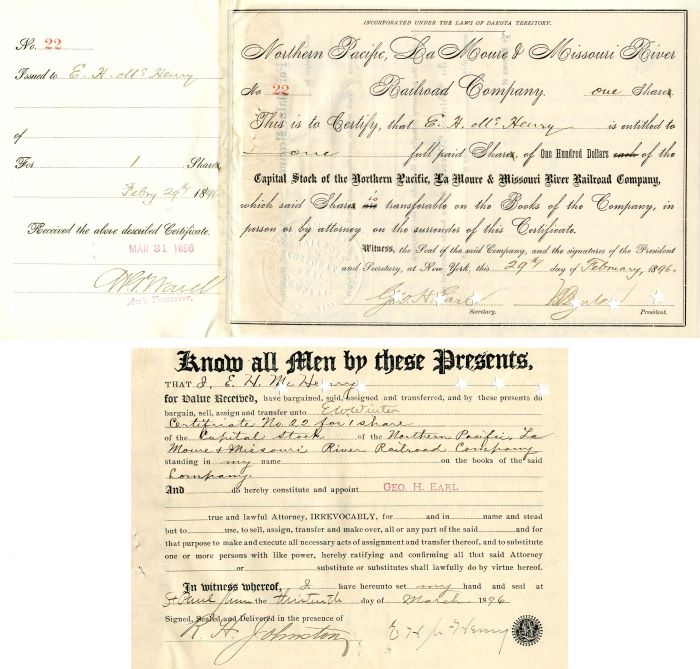 Stock issued to and signed by E.H. McHenry on the back. Signed by Geo. H. Earl as secretary. Certificate #22!

Edwin Harrison McHenry (January 25, 1859  August 21, 1931) was the fourth vice-president of the New York, New Haven and Hartford Railroad and first vice-president of the Consolidated Railway of Hartford, Connecticut. Prior to joining the New Haven, McHenry had been chief engineer and a receiver of the Northern Pacific Railway and later the chief engineer of the Canadian Pacific Railway.

He was born in Cincinnati, Ohio on January 25, 1859. He attended the Pennsylvania Military College at Chester, Pennsylvania.

He first started working on the railroad in 1883 as a rodman doing surveying on the Black Hills branch of the Northern Pacific Railroad. He progressed from rodman to chainman, draftsman, leveler, transitman, assistant engineer, division engineer, principal assistant engineer, and from November 1, 1893 to January 1, 1896, he was the chief engineer.

While working for the Northern Pacific, McHenry performed two notable engineering feats, and made one memorable marketing suggestion: