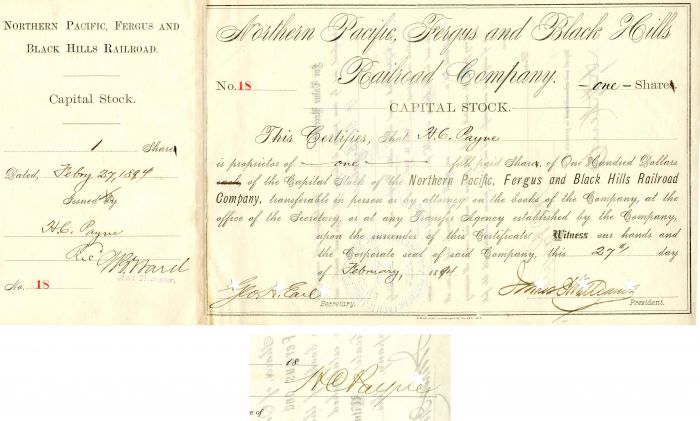 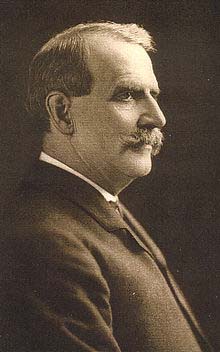 Henry Clay Payne (November 23, 1843  October 4, 1904) was U.S. Postmaster General from 1902 to 1904 under Pres. Theodore Roosevelt. He died in office and was buried at Forest Home Cemetery in Milwaukee, Wisconsin. He was also a chairman of the Republican National Committee.

Payne was born in Ashfield, Franklin County, Massachusetts, on November 23, 1843, though his birth is sometimes listed incorrectly as September 23. He spent his youth in Massachusetts, and attempted to enlist for the Union Army, but he was rejected from service due to poor health. In 1859, he was graduated from the Academy of Shelburne Falls. In 1863, he moved to Milwaukee, Wisconsin, where he found work as a dry goods merchant.

In 1872 he began his political career with the Young Men's Republican Club of Milwaukee County. He worked his way up to become secretary and then chairman for the organization. In 1876, Payne was appointed Postmaster of Milwaukee, a position he held for the next ten years. He transferred his organizational skills to his next position as president of Wisconsin Telephone Company in 1885, and successively served as director for the First National Bank of Milwaukee and president of the Milwaukee and Northern Railroad, The Milwaukee Electric Railway and Light Company and the Milwaukee and Cream City Traction Company. In his duties as president of Milwaukee Electric Railway and Light, Payne instituted free park concerts at many of Milwaukee's parks, including Lake Park. In 1893 he was elected president of the American Street Railway Association in recognition for his service to the street railways of Milwaukee, and later in August 1893, he was appointed receiver for the bankrupt Northern Pacific Railway.