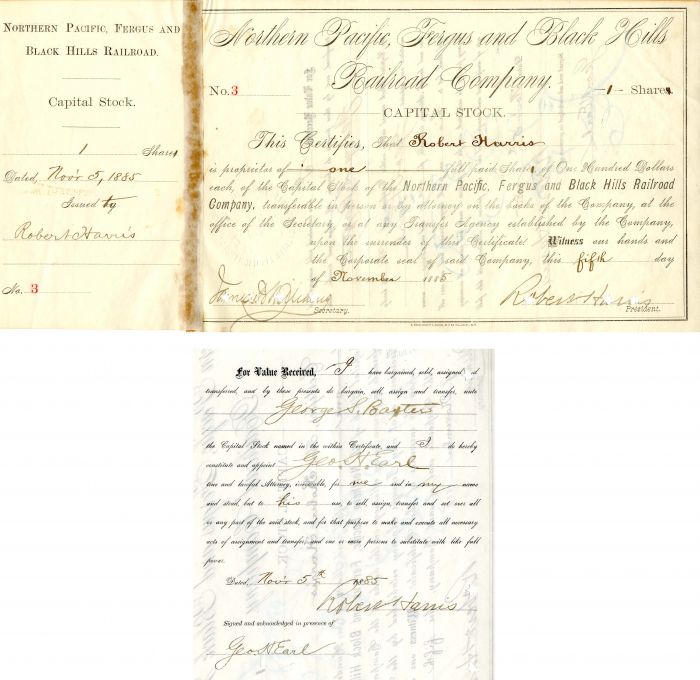 Stock issued to and signed by Robert Harris on front and back. Signed twice by Geo. H. Earl on back. Certificate #3!