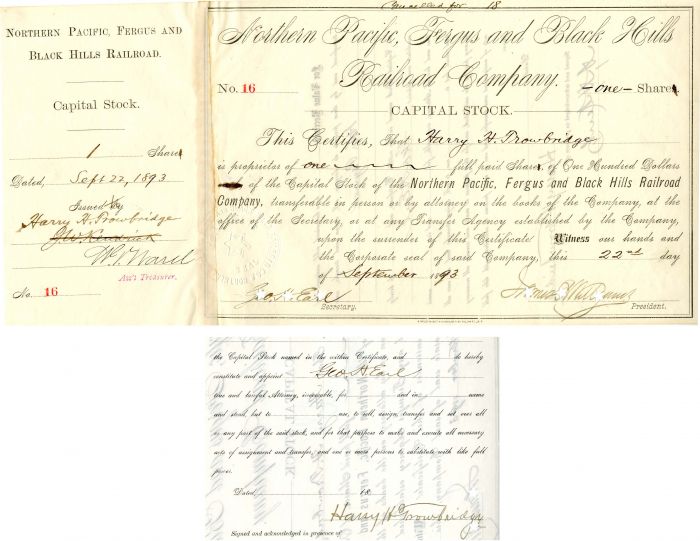 Years: 1893
Stock signed by Geo. H. Earl as secretary on the front and also on the back. Issued to and signed on back by Harry H. Trowbridge. Certificate #16!