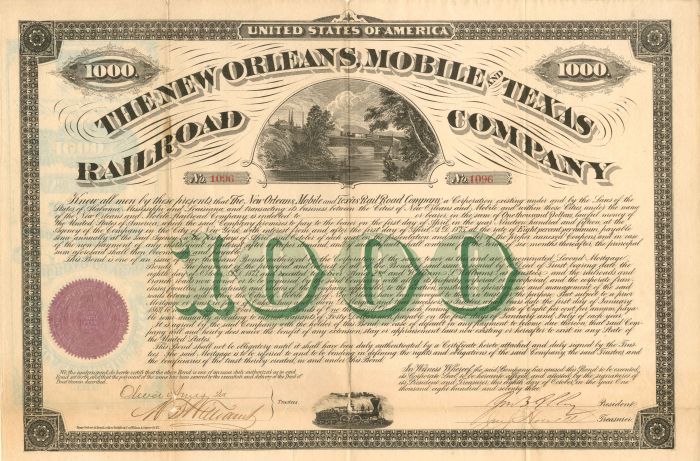 Years: 1873
$1,000 8% Bond printed by Henry Seibert & Bros., N.Y. Oliver Ames 2nd signs as Trustee. All coupons remain on bottom of Bond. Oliver Ames (1831-1895), Capitalist, Philanthropist. Son of Oakes Ames. Became dominant figure in Oliver Ames and Sons on the death of his uncle (Oliver Ames, 1807-77). A fortunate and far-seeing financier, he was director of many banks, railroads and land companies. Served ably as Republican Governor of Massachusetts, 1886-90.
Condition: Excellent