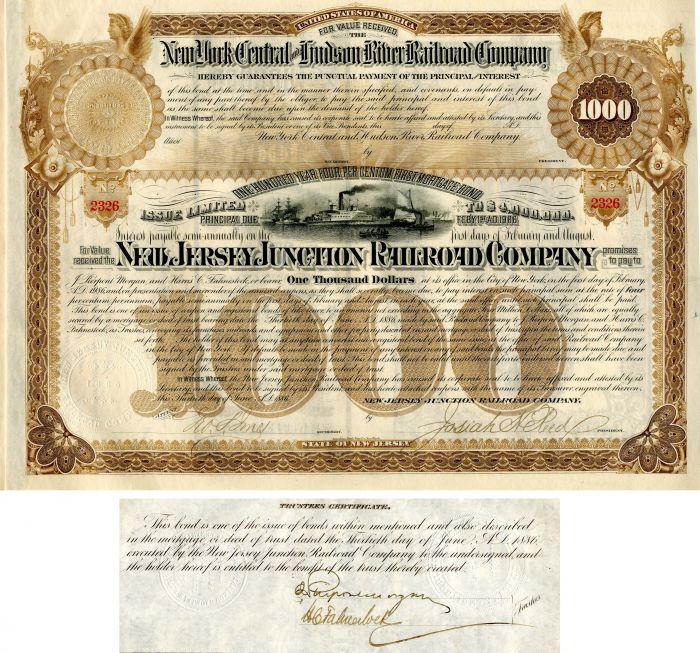 A Pair of $1,000 Bonds; 1 Unissued and 1 Issued and signed by J. Pierpont Morgan and H.C. Fahnstock. Great for framing to show front and back of the bond! Click on "View Larger Image" to see Unissued Bond. 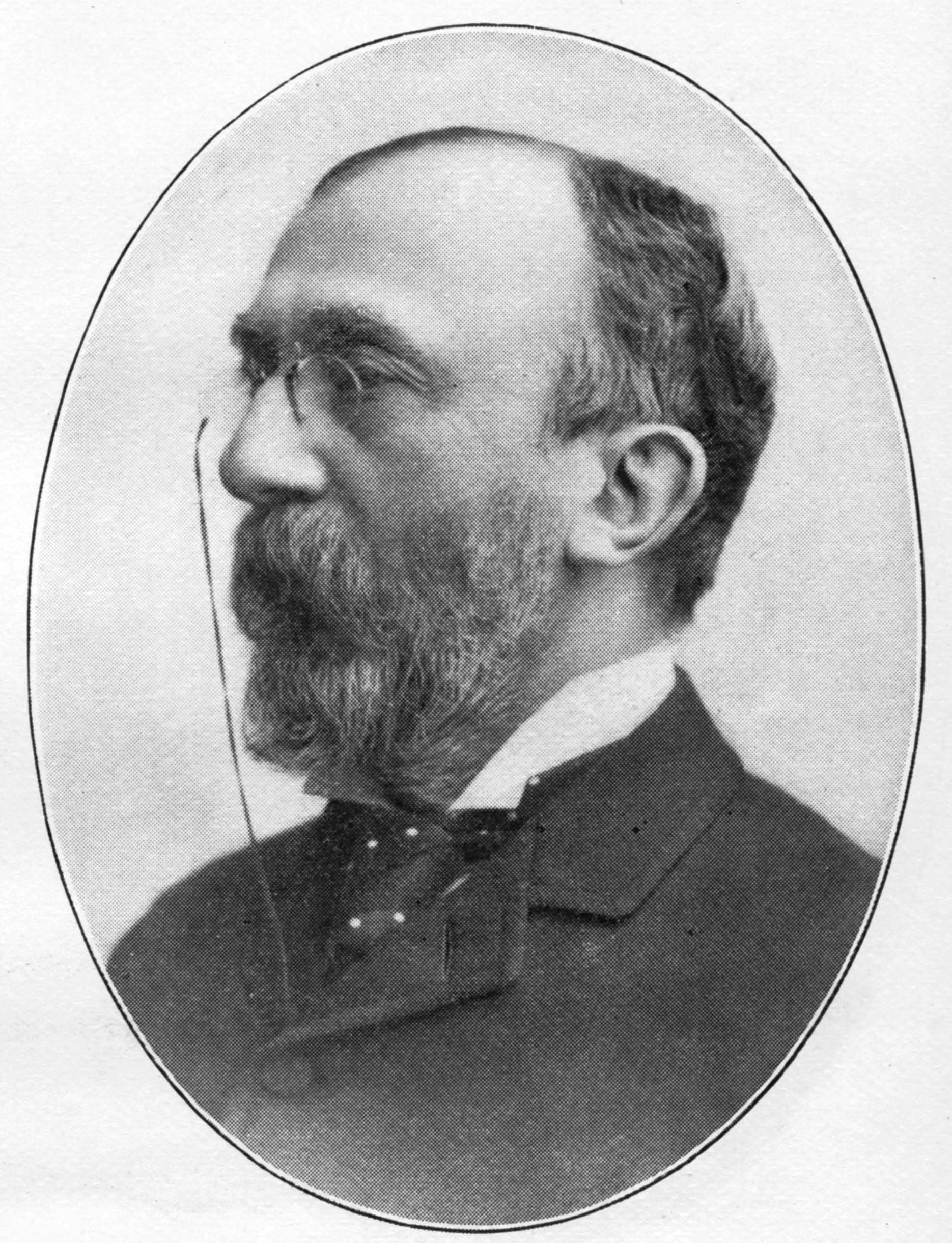 At the beginning  of the Civil War his ability and energy in pushing the sale of the Pennsylvania $3,000,000 bond issue attracted the attention of Jay Cooke, the Philadelphia bank, and so favorably impressed him that he offered young Fahnestock an interest in the branch of his banking house which he was about to open in Washington. Without contributing capital Fahnestock was given a one-sixth share and his expenses were guaranteed, and he and Henry D. Cooke, Jay Cookes brother, took charge of the Washington office. As the war wore on and brought increasing financial perplexities to the Lincoln administration, the firm, because of its relations with the Treasury Department came to be regarded as one of the sheet anchors of the government. When Secretary Chase was unable to dispose of the 7.30 war bonds through the usual government agencies, he turned the business over to Jay Cooke & Company, paying a commission of 3/8 of one per cent, on sales, and thus the entire issue was disposed of. For Fahnestock, still in his twenties, such an experience  unparalleled up to that time in this country  was doubtless more valuable than a lifetime of ordinary banking routine. Ability to form independent judgements and to act on them was encouraged and developed in those years.

After the war it was decided to open a New York branch of Jay Cooke & Company, and the burden of this undertaking fell largely on Fahnestock. His interest was 14 per cent, and he retained a like share in the Philadelphia and Washington offices. His chief responsibility had to do with the handling of bonds. The New York business was successful from the start. The branch was opened on Mar. 1, 1866, and in the remaining ten months of that calendar year Fahnestocks share of the profits was $63,000. During the ensuing seven years  an era of  post-war speculation and inflation  the Cooke banks generally prospered. The head of the firm became intensely interested in the building of the Northern Pacific Railroad and took over the bonds of that enterprise. The road was projected through a region for the most part then unpeopled and could not hope, even when completed, to receive adequate local support. It became impossible to find a market for the bonds. For a long period the Philadelphia house of Cooke & Company drew on the New York branch for railroad funds until finally resources were exhausted and on Sept. 18, 1873, Fahnestock was compelled to close the doors of the New York office. He had personally opposed the part taken by the firm in the Northern Pacific bond deals. The assets of Cooke & Company, however, amounted to more than twice the liabilities, and within seven years the entire indebtedness was paid off, but the New York office never resumed business.

Fahnestock had not yet reached middle age and he began to build up a second fortune. In the organization of  the First National Bank of New York, of which he became a vice-president, he quickly found a post where his abilities could be utilized and rewarded. In the forty years of life that remained to him he accumulated wealth, held directorates in various financial institutions, made large gifts for religious and charitable objects, and in his will disposed more than $500,000 for public causes.

The New Jersey Junction Railroad (NJJ) was part of the New York Central Railroad and ran along the Hudson River in Hudson County, New Jersey, from the West Shore Railroad (NYCRR) yards at Weehawken Terminal south to Jersey City. It later owned an extension to the north, separated by the Weehawken yard from the original line.

The company was incorporated under the laws of New Jersey on February 27, 1886. On July 1, 1886, it was leased for 100 years to the New York Central and Hudson River Railroad. The line opened for freight in May 1887 and passengers in June 1887.

About 0.24 mile of the New York and Fort Lee Railroad was leased to the New Jersey Junction Railroad on June 30, 1886.

In 1952, the New York Central Railroad officially subsumed the New Jersey Junction Railroad, which it had controlled since its beginning. The line eventually passed under control of CSX and Norfolk Southern as their River Line and Weehawken Branch. The southern section is now being used for New Jersey Transit's Hudson-Bergen Light Rail, from North Bergen, south to Hoboken, with freight now running along the former Northern Railroad of New Jersey on the other side of the New Jersey Palisades.