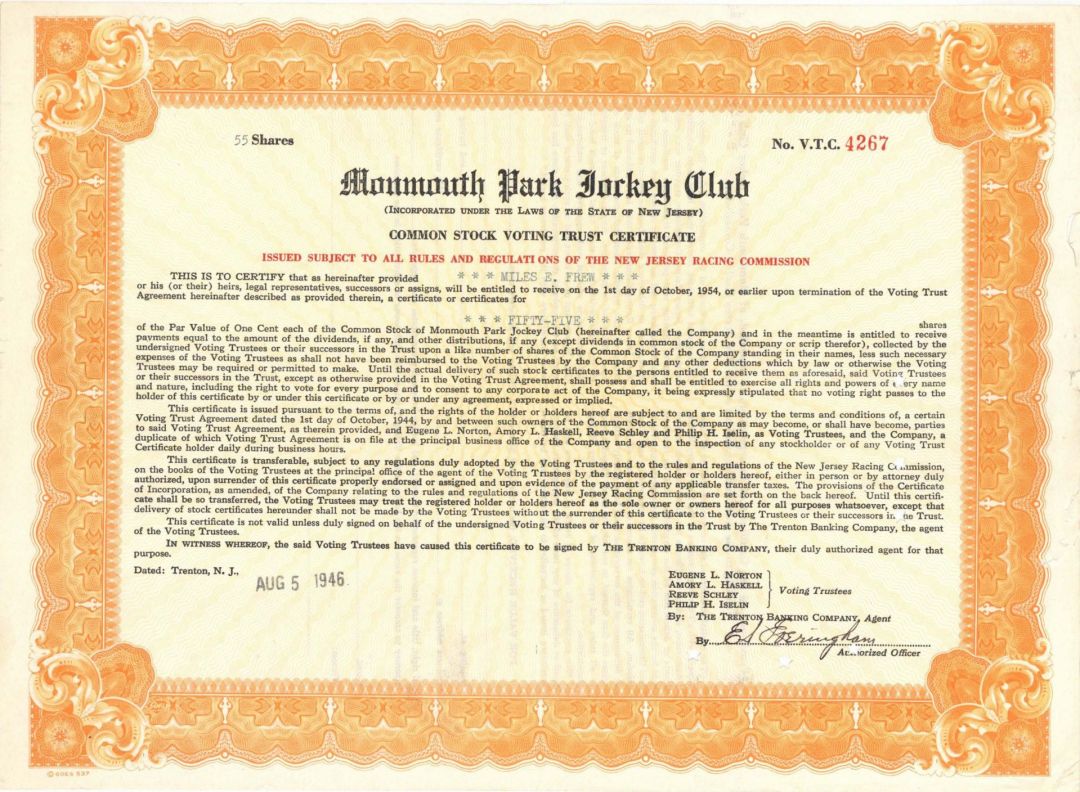 Monmouth Park Racetrack is an American race track for thoroughbred horse racing in Oceanport, New Jersey, United States. It is owned by the New Jersey Sports and Exposition Authority and is operated under a five-year lease as a partnership with Darby Development, LLC.

Monmouth Park's marquee event is the Haskell Invitational, named after Amory L. Haskell. The Haskell was first run in 1968 as a handicap, but was made into an Invitational Handicap in 1981. It is now a 1⅛-mile test for three-year-olds run in late July. Monmouth Park also now showcases the Jersey Derby originally run at Garden State Park until its closure in 2001. The racetrack's season spans from early May to Labor Day in early September. Read more at https://en.wikipedia.org/wiki/Monmouth_Park_Racetrack

Item ordered may not be exact piece shown. All original and authentic.
OUT OF STOCK
Request re-stock notice?
Email this to a friend
Request Info
Previous Item (Twentieth Century Club of Boston - $100 Bond)    (Frictionless Roller Bearing Co.) Next Item