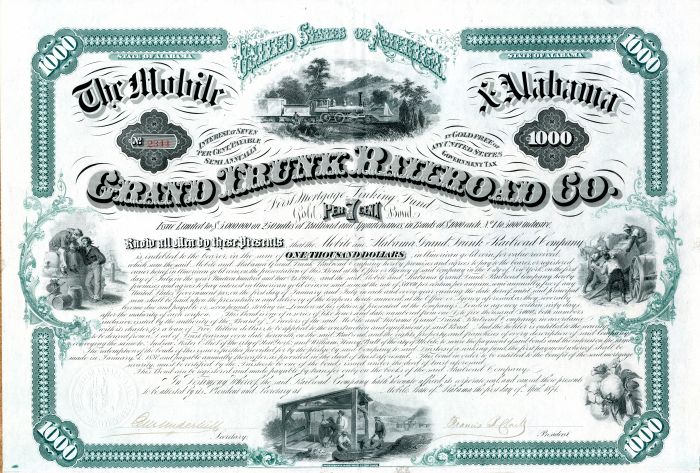 Years: 1874
$1,000 7% Bond was payable in Gold Coin of U.S. Uncanceled. Also £200 sterling. Five Exceptional and Uncommon vignettes by Continental Bank Note Co., NY. Most coupons remain. Superb Condition. Rare!
The Grand Trunk Railway (GTR) was a railway system which operated in the Canadian provinces of Quebec and Ontario, as well as the American states of Connecticut, Maine, Massachusetts, New Hampshire, and Vermont. The railway was operated from headquarters in Montreal, Quebec; however, corporate headquarters were in London, England.
Condition: Excellent