Mission Development Co. - J. Paul Getty - The Man behind the Movie "All the Money in the World" - Stock Certificate 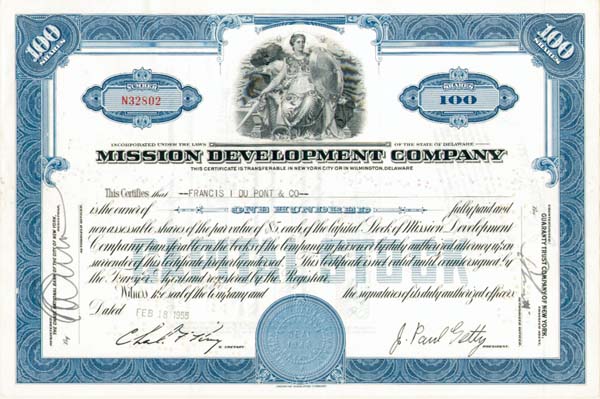