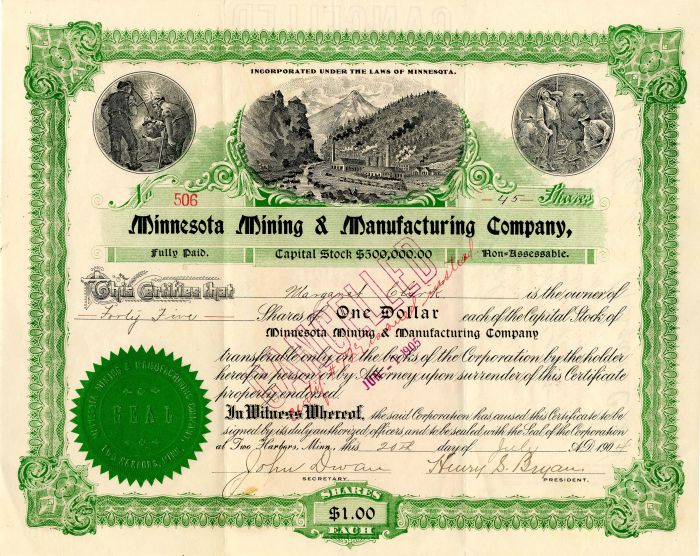 Years: 1904
Stock printed by Goes and signed by John Dwan and Henry S. Bryan as officers at front.

John Dwan, 3M Founder and first secretary; attorney in Two Harbors, Minnesota. Henry S. Bryan, 3M Founder and first president. Chief of Motive Power at the Duluth and Iron Range Railroad. The five founders of 3M financed the company to mine mineral for grinding wheel abrasives. Like many others in the early 1900s, 3Ms Founders incorporated first and investigated later. In the face of failure, they persevered and turned an investment into a lucrative venture.

Item ordered may not be exact piece shown. All original and authentic.
Email this to a friend
Request Info
Previous Item (Minneapolis Linen Mills signed by Charles A. Pillsbury)    (Minnesota Mining & Manufacturing Company signed by John. T. Michaud) Next Item